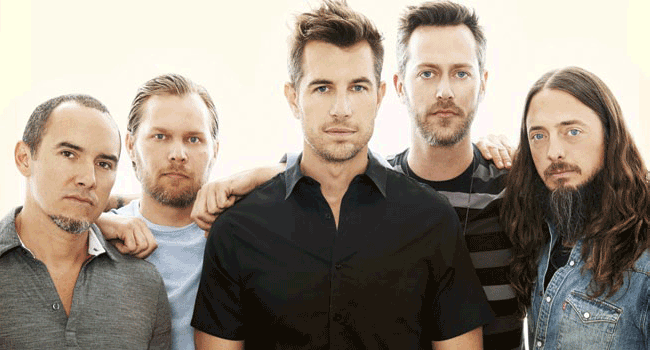 If you like your entertainment alfresco—and some of your entertainers a bit long in al dente—Thunder Valley Casino Resort’s June lineup in its amphitheater may be just the ticket (or tickets) for you.

There’s also a wild card at the bottom of the deck, and he’s quite a joker: comedian Brian Regan.

Peter Frampton and Cheap Trick start the action on June 6. Frampton, who turned 65 this past April, was in the second regiment of the so-called “British invasion” of musicians who emigrated to the United States, a cultural sortie first launched by The Beatles and The Rolling Stones in the 1960s. Cheap Trick, on the other hand, is strictly from the American Midwest, a rock band from Illinois that’s been around since the early 1970s.

Six days after Frampton and Cheap Trick, 311 (with Pepper) takes the outdoor stage, while Tesla (with Y&T) is booked for June 13. Blues rocker George Thorogood and guitarist/songwriter Brian Setzer pop in on June 19.

The June 20 concert promises to be both eclectic and electric, with Bell Biv DeVoe, a spinoff group from New Edition, BLACKstreet—a rhythm and blues group that’s been around since the early 1990s—and other acts presenting a summer jam.

All of this leaves the screamingly funny Brian Regan to bat cleanup for the month on June 26. Regan has been featured on Jerry Seinfeld’s show, “Comedians in Cars Getting Coffee,” whose title is a model of descriptive clarity.

(Tickets are available from ticketmaster.com. Tickets and package information—including dining, gaming, swimming and golf—are at the resort’s website, thundervalleyresort.com.)