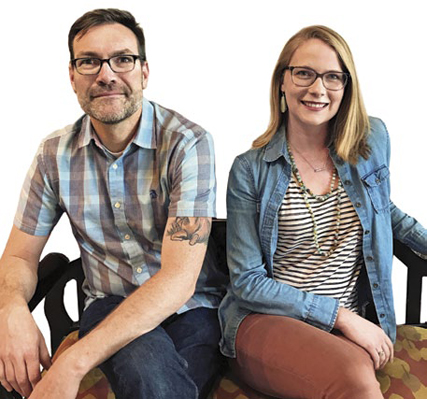 In April, Sacramento’s Intrepid Theatre Lab staged its inaugural production, “Cock.” We caught up with Artistic Director Casey McClellan—who worked in theater in New York for seven years before relocating to Sacramento—and Marketing Director Rachel Smith to learn more about the new venture.

McClellan and Producing Director Greg Foro hope to cultivate a new, young, diverse audience of theater-goers. “There’s a hunger and need for it in Sacramento,” says McClellan.

Next up? The June launch of Intrepid Theatre Lab’s “Artists’ Collective,” a series of networking events for the artistic community.

What’s Intrepid’s mission?
“To bring an awareness and appreciation of contemporary and classical theater to people of all socio-economic and cultural backgrounds,” says McClellan.

Describe the Artists’ Collective.
“It’s a networking and workshopping space for theater artists and other collaboration, a place for artists to work in a safe, nonjudgmental environment,” says McClellan.

Is the public welcome?
“We would love to hear from the public,” says Smith. “We’re looking for people who want to be involved. There will also be a performance aspect.”