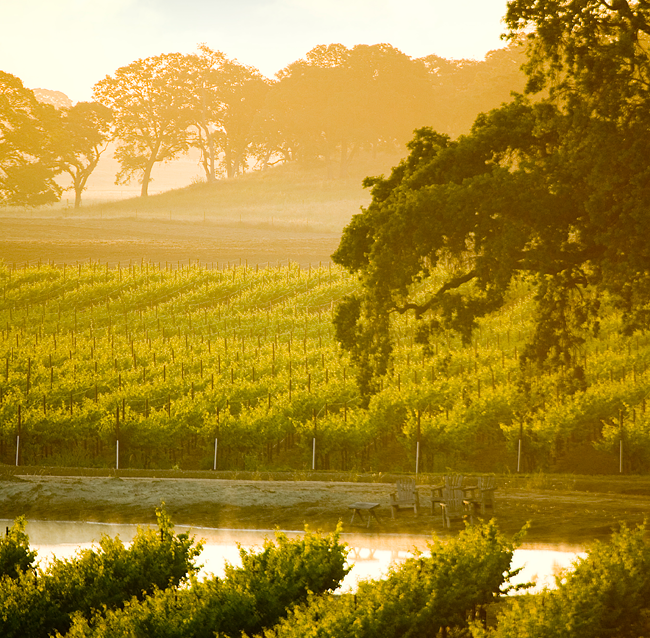 The influential publication Wine Enthusiast named Lodi its 2015 Wine Region of the Year, capping a remarkable comeback for the city once best known from the Creedence Clearwater Revival song as a place that people get stuck in. Wine grapes were first planted in the area in 1850, with the first major vineyard established a few years later. Lodi billed itself as the “Tokay Capital of the World” for decades, as the Algerian Flame Tokay grape grew abundantly in the sandy loam.

These days, more than 100 grape varieties grow in more than 113,000 acres of Lodi vineyards. Wine has seeped into every aspect of Lodi’s identity, from the grape bunches painted on the side of the city’s police cars to the many wine bars and tasting rooms located along the brick-lined sidewalks of the historic downtown area.

Of course, the region is still best known for growing premium Zinfandel grapes. Lodi vineyards produce grapes for roughly 40 percent of the premium Zinfandel wines made in California, with several thousand acres of “old vines” in the ground that date as far back as the 1880s. The town hosts its annual ZinFest every May, featuring more than 40 local wineries pouring in excess of 200 wines.

Around the World Without Leaving Lodi

More than 100 varieties of wine grapes grow in the soil in around and Lodi, allowing visitors to taste the world of wines without ever leaving San Joaquin County. Spain
Bokisch Vineyards specializes in Spanish wines, including its 2014 Tempranillo, which received a score of 92 from Wine Enthusiast. 18921 Atkins Road

Portugal
Lodi’s hot, dry climate has similarities to certain winegrowing regions in Portugal, and Acampo-based St. Jorge Winery takes advantage of that fact to produce an array of Portuguese-style wines, including the dry and fruity Trincadeira. 22769 N. Bender Road, Acampo

Italy
A garden of Sangiovese and Barbera vines greets you at the gates of Sorelle Winery, which specializes in such Italian varieties. 9599 N. Highway 88, Stockton

Germany
A few miles east of Lodi, the cooler conditions of the Mokelumne River subappellation are conducive to growing German grapes, and some of the best German-style wines in the area are sold through the Borra Vineyards tasting room in Lodi. 1301 Armstrong Road

France
You can Rhône but you can’t hide from the French-style white and rosé wines crafted by Susan Tipton at Acquiesce Winery and Vineyards in Acampo. Don’t miss the 2017 Picpoul Blanc, which won Gold at the 2018 California State Fair Commercial Wine Competition. 22353 N. Tretheway Road, Acampo

South Africa
Created a century ago in South Africa, the Pinotage grape has fallen out of favor in recent years, but the full-bodied, earthy and fruity flavors of the Mettler Family Vineyards version make it a wintertime favorite. 7889 E. Harney Lane

The revitalization of downtown Lodi began in the late 1990s, and today this historic section of the city bustles with wine tourists, beerheads, gourmands and coffee nuts.

The Dancing Fox (203 S. School St.)  Charming without being kitschy, this winery and pub-style restaurant started brewing beer in 2015 and now offers an impeccably curated tap list featuring breweries from around the world.

Weibel Family Tasting Room (9 N. School St.)  After making wine in Fresno for 50 years, the Weibel family moved to nearby Woodbridge in 1996. Now, they’re best known for their many champagne varieties, including peach, pomegranate and piña colada.

Jeremy Wine Company (6 W. Pine St.)  Jeremy Trettevik’s previous career as a graphic designer specializing in wine labels inspired him and wife Choral to turn their studio space into a tasting room in 2010; now they harvest more than 100 tons of grapes a year.

Scotto’s Wine and Cider (14 S. School St.)  Tasting flights are available for both the wine and the cider, the latter coming in infused flavors like wild cherry and muscat mango.

McCay Cellars (100 S. Sacramento St.)  Epitomizing the lack of pretension in the Lodi wine scene, the McCay Cellars tasting room feels like a laid-back brewery. Yet McCay still turns out complex wines like Paisley, a blend of four different Zinfandels and a Petite Sirah.