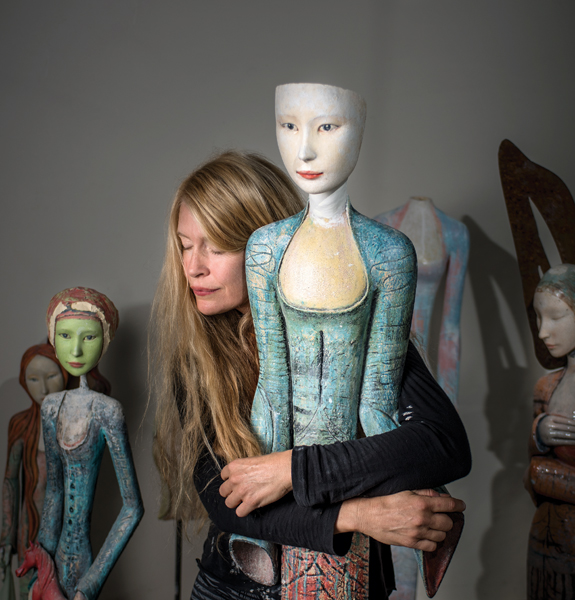 As a precociously talented child, Camille VandenBerge hung around with her dad, sculptor Peter VandenBerge, and other Northern California artists at The Candy Store, a longgone gallery in Folsom owned by the late Adeliza McHugh from 1962 to 1992. It was considered the premium regional art showcase for many later-famous artists who exhibited there, including Clayton Bailey, Maija Peeples-Bright, Robert Arneson, Roy De Forest and William T. Wiley. In fact, Camille sold her first sculpture there: a tiny pig, when she was perhaps 10 years old, in a show for the artists’ kids.

Flash forward a few decades. VandenBerge, now a respected artist herself, is curating a show, “Kid in the Candy Store,” featuring her work and those of other Candy Store artists. It runs Sept. 8–Nov. 2 at a Folsom parks and rec facility, Gallery at 48 Natoma (also its address).

VandenBerge’s memories of the artists are vivid. “David Gilhooly was large, larger than life,” she recalls of the late sculptor who created a parallel universe consisting of frogs instead of humans. “He was tall and wide, and better than any amusement park ride. If I was lucky, after my lengthy sprint up the 100-plus stairs leading to the Candy Store Art
Gallery, he would be there with his harmless grimace, to grab me by my sturdy Dutch ankles and shake me upside down, until all of the change fell out of my pockets.”

Serious collectors may be shaking their own pockets loose at the show to grab up some fine and timeless art.