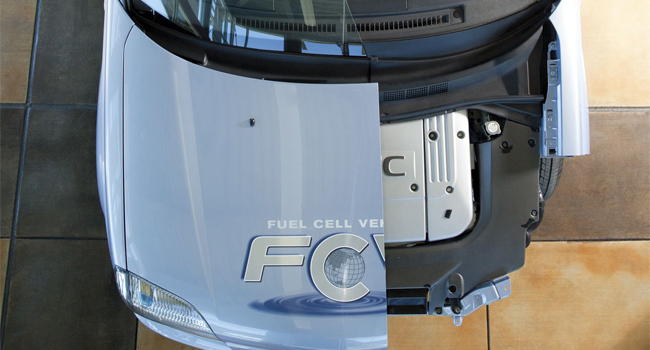 When it comes to tinkering, Bob Haran has just about done it all. He’s spent five years working for a slew of auto shops in the Yellowstone area, worked for years as an aviation technician for United Airlines, had a side business repairing golf carts and put in time testing fuel-cell technology on John Deere tractors. For nearly a decade now, the 55-year-old, who grew up in Marin County, has worked for Nissan as a principal technician in the West Sacramento-based California Fuel Cell Partnership facility, testing and monitoring and tweaking zero-emission hydrogen fuel-cell cars.

Haran got into electric cars early on, leasing his first one in 1999, a GM truck—which the company took back when it decided to kill off its fleet of electric vehicles—then buying another electric truck on the small secondhand market that existed back then for these exotic wheels. Today, he drives to work in his electric Nissan Leaf, in jeans and a gray sweatshirt, his hair thick and gray. Haran isn’t a university-trained scientist. Instead, like so many of his colleagues at the Fuel Cell Partnership, he’s more in the spirit of, say, Thomas Edison: a technological wanderer continually looking for the next frontier. He dreams of the possibilities that can be unleashed by a technology such as hydrogen-powered cars. “You could imagine having a hydrogen-producing car,” he says, almost wistfully. “You may not have gas stations anymore. What about going home and plugging your car into a 220-volt outlet and plugging in your garden hose and converting water to hydrogen?”

Most days, Haran he can be found either playing around under the hood of a hydrogen-powered, lavender-purple XTerra SUV—adjusting chemical filters, putting in new micron filters (a technology specifically designed for hydrogen vehicles)—or taking it for test drives, carefully monitoring its data on a paper log that he keeps handy at all times. His job is to document and study every piece of data the cars generate: fuel efficiency when they’re taken out on road trips, error messages on the sophisticated dashboard panels. If there’s a problem, he’s the one with the laptop loaded with diagnostic software that can be plugged into the car to work out what’s wrong. If one of the membranes across which compressed air is passed in a fuel-cell vehicle isn’t working, he’s the one who pops the hood of the car to figure out why.