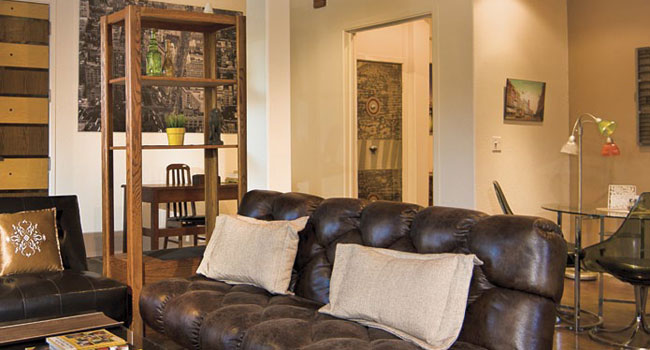 As cities and counties grapple with how to regulate short-term home rentals booked through companies like Airbnb, the owners of those rentals are finding themselves both in legal limbo and an awkward position with neighbors who aren’t thrilled to find hotel-like enterprises operating on their block.

The city of Sacramento is considering rules that would legalize but place limits on short-term rentals. Until those rules are finalized, however, many Airbnb hosts are keeping a low profile to avoid attracting attention that could jeopardize their stake in the sharing economy.

One Airbnb host who rents out a room in her Land Park home (she requested that her name not be used) reports she and her husband were “really hesitant” to tell neighbors that they operate a home share for fear they’d be shut down. “Then,” she says, “we got a request from some neighbors two doors down asking if their relatives could stay there.” The neighbors happened to recognize the property on the Airbnb website and “kind of told the rest of the neighborhood that we were doing it.”

Being outed “was dicey at first,” she says. “Our next-door neighbors definitely aren’t fans of Airbnb. But when other neighbors got to know us, it wasn’t really a problem. We explained that we’re not going to have just anybody staying here. It’s not like getting someone off of Craigslist.” She and her husband recently hosted a veterinarian from France and a family from Hong Kong.

For this host, who has backpacked through 28 countries, sharing her home with travelers is a way to repay all the people who opened their homes to her over the years. While she views Airbnb as a way to connect with the world from the comfort of her home, “it’s hard for neighbors because they’re only seeing people come in with suitcases.”

Despite some neighbors’ discomfort with home sharing, the couple has yet to experience any problematic guests in the two years that they’ve been Airbnb hosts. “A lot of the time, it’s grandparents coming to visit their family over Christmas or Thanksgiving,” she says. “It’s not like we have party people staying here.”

As for regulations, she says she “would be happy to pay a hotel tax if Airbnb would collect it and tell the guest how much is due up front so the guest is not surprised at the end.” She also favors rules that distinguish between renting out a room in a home where the owner is present versus renting out an entire home via an absentee landlord.

Meanwhile, in the absence of legal clarity, she says she is “working hard as a neighbor” to keep the peace on her block and keep her home-sharing venture viable.

Average price for one night in a private room at a Sacramento-area Airbnb property, according to a recent search: $57. For an entire house: $129