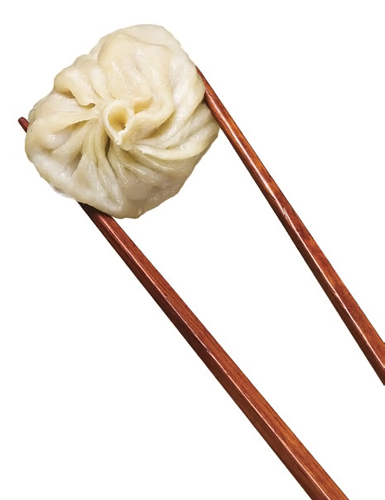 Is there any bite-size food more comforting or more satisfying than a Chinese dumpling? It’s like a tiny gastronomic gift: a small mound of savory meat (or vegetables, if you must) artfully concealed inside a delicate dough wrapper. Dumplings are at once humble fare and miniature works of art, especially when folded by an experienced maker. The Sacramento area boasts a number of reputable purveyors of Chinese dumplings, including these four favorites.

ABC Bakery
This tiny dim sum bakery tucked behind the Bel Air supermarket is not to be missed. The stars here are the pork siu mai—plump, juicy and bundled in a perfectly thin wrapper. They’re so addictive that it’s easy to forget to leave room for one of the sweet items baked here, like the egg tarts with their flaky crust, the crunchy-topped pineapple buns or the classic red bean mooncakes. 1309 Florin Road; (916) 421-4259

The Dumpling House
College students and in-the-know locals flock to this casual restaurant to fill up on moon-shaped dumplings stuffed with a variety of fillings, from shrimp and chicken to vegetables to kimchee pork. If steamed dumplings aren’t your thing, order them pan-fried, deep-fried or in soup broth. If you’re lucky, you’ll catch the women filling and folding the dumplings by hand at the back table while you wait. 129 E St., Davis; (530) 753-7210

Journey to the Dumpling
This charming full-service restaurant, which opened its doors in 2016, is already a favorite on the local dumpling circuit. It’s the fantastic xiao long bao (aka XLB, or soup dumplings) that lend this place credibility with dumpling connoisseurs. But take heed: There is an art to devouring these piping-hot pillows of dough without dripping broth all over yourself. For the uninitiated, don’t be afraid to ask your server for pointers. 7419 Laguna Blvd., Elk Grove; (916) 509-9556; journeytothedumpling.com

Lam Kwong Deli & Market
Regulars at this corner market in the Southside Park neighborhood have been coming here since the 1980s for Chinese takeout. Alongside the chicken chow mein and pork fried rice are a dozen or so dim sum offerings, including har gow (steamed shrimp dumplings) wrapped in an ethereal, translucent dough. On days when dumplings just aren’t enough, the fried chicken here is another winner. 2031 12th St.; (916) 443-8805