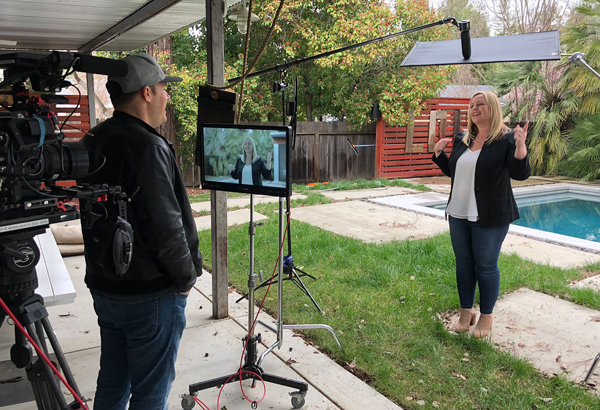 Home-makeover TV shows can be a career game changer for design professionals. Consider Joanna Gaines from Waco, Texas. As the star of HGTV’s “Fixer Upper,” she and her goofy husband Chip transform ramshackle hovels into beautiful homes thanks to a hefty application of white paint and shiplap siding. The wildly popular show has allowed her to start a magazine, write several books, land rich licensing deals and open a retail-and-restaurant complex that brings thousands of fans to Waco.

Folsom designer Leyla Jaworski recently had her own close brush with TV fame.

A few years ago, Jaworski appeared on “Good Day Sacramento” to promote a downtown condo project. A local TV production company thought she had star potential and asked her to film a “mini sizzle”—an extremely short version of a TV pilot—for a makeover show. Jaworski and her longtime contractor teamed up to film the sizzle at a client’s home. An unnamed network liked what they saw and wanted to see more. Interior designer Leyla Jaworski and Anthony Staiti filmed a “sizzle” with high hopes, only to have them washed.

So Jaworski filmed a longer pilot at the Rocklin home of another client. Eventually, however, the network passed on the show. “And just like that,” Jaworski wrote on her blog (designshopinteriors.com), “my TV dreams of sharing coffee with Joanna at Magnolia Table [Gaines’ Waco restaurant] are O-V-E-R.”

Today, Jaworski is philosophical about her near brush with stardom. “I was warned from the very beginning that this is always a crap shoot,” she wrote. “But it’s all good, and I’m still processing how I feel about it. I do know one thing is true . . . I believe if the door doesn’t open, it’s not your door.”