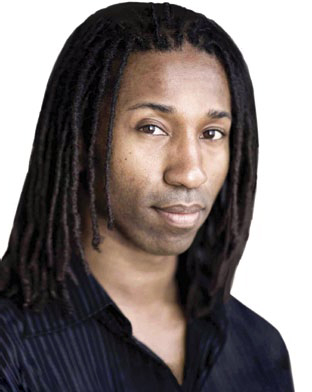 On Aug. 22, educator-performer Omari Tau’s double life will come head-to-head: It’s both the first day his classes resume at Cosumnes River College (where he’s assistant professor of vocal music) and opening night for Music Circus’ “Sister Act,” in whose ensemble the versatile baritone performs. (Oh, and did we mention he’s also director of the Opera Theatre program at Sac State?)

When asked how he juggles it all, Tau just laughs. “I live for it,” says the Sacramento native.

Tau’s artistic journey took him from the Houston Grand Opera’s Education and Outreach department to an 8••• year tour with “The Lion King” before he returned to Sacramento in 2012.

How did you choose a life in music?
It’s funny: I originally thought I wanted to be a journalist. But after joining choir and performing in a musical, I ended up attending a performing arts high school [in Dallas]. I was thrilled to be around people who were like me—and people who liked me—and I was hooked.

You’ve performed in several Music Circus shows. What’s it like?
Music Circus, for me, is a homecoming. It’s such a loving community, and they do such high-caliber work. It’s also important for my students to see me not just as a teacher, but as a performer. They can come and see me, see what works and what doesn’t. It’s real-world information.