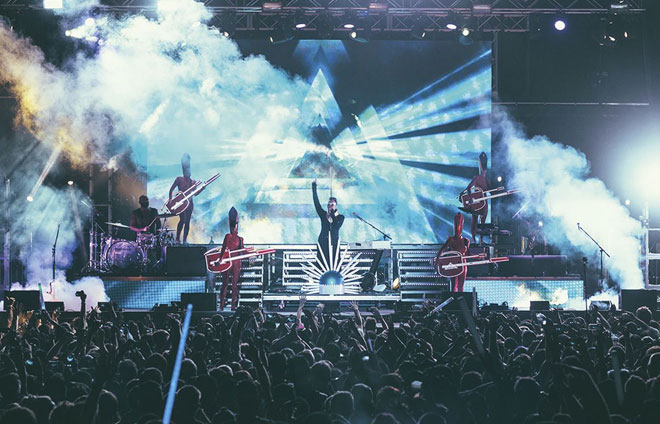 Last year’s TBD Fest saw more than 21,000 people pass through the gates at West Sacramento’s riverfront, and according to Clay Nutting, who founded the festival along with Michael Hargis, this year’s event—to be held Sept. 18–20 in the same location—could see up to 30,000. The festival merges music, art, food and fashion.

Those who went in 2014 got to experience what it feels like to be at California music festivals like Coachella or Outside Lands. However, don’t expect the event to expand like one of those big-name festivals because that’s not the goal.

Nutting says he wants to keep the fest boutique-sized because he prefers to curate the event based on what’s cool and emerging rather than paying the biggest names to come and perform.

“We take pride in getting a variety of artists to perform and pairing iconic figures with emerging artists,” says Nutting.

But it’s not just about the music—it’s the ambience: the 90-degree weather, dust in the air, food truck eats, Ferris wheel rides, smell of spilled beer and sound of thunderous booms from the many speakers at the four performance stages.

The French duo Justice closed out last year’s three-day event, which had big names like Moby, Empire of the Sun, Explosions in the Sky, Dillon Francis and even Blondie. Yes, that Blondie. This year’s festival promises to be larger, louder and much more crowded as people from all over come to see the headlining acts: Pretty Lights, Chromeo, The Glitch Mob, Chance The Rapper, Tears for Fears, Tyler, the Creator and many more.