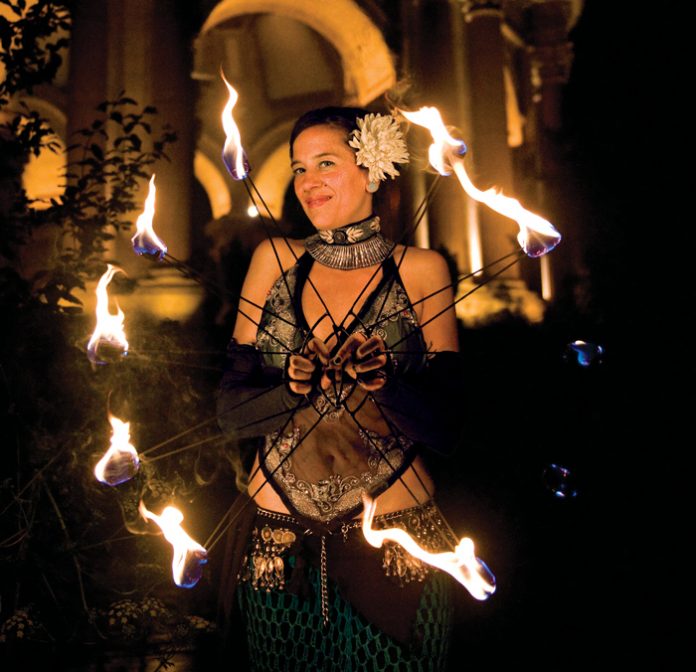 Sequoia, fearless leader of the local fire-dancing troupe Obsidian Butterfly, says she wasn’t always so fearless. “When I was younger, I was afraid of fire,” she says. “If someone had told me, ‘You’re going to be a fire dancer,’ I would have said, ‘Yeah, right.’” But after life took her through some “abrupt changes,” Sequoia found her creative release in the ancient art form, and in 2003, Obsidian Butterfly was born. The five-member group, joined by some of Sequoia’s fire-dancing students, performs at Fire Spectacular on Saturday, Aug. 8, where audiences will likely find themselves bewitched by the mystical mix of fire, dance, storytelling and ritual. “It’s kind of like fire theater,” explains Sequoia. “Each dancer plays a role to tell a story, but audience members interpret that story in their own way.” Local group Drumsum will provide music. The show starts at 7 p.m. at Stellar Studios, 202 23rd St. in midtown. Tickets are $10 in advance, $25 at the door. For details, call (916) 505-5115 or go to sacredfiredance.com.