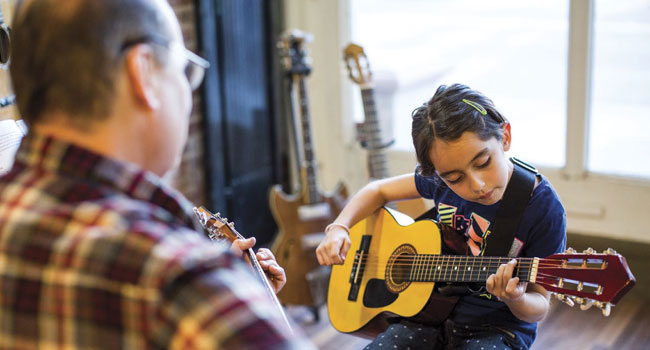 We live in an era of DIY projects, and some projects take more skill than others, or maybe just more guidance. Of the 54 guitar-making students Al Calderone has taught, not all have previous woodworking experience. Some don’t even play guitar. “I’ve got a guy carving a neck right now who can’t believe he did this,” says Calderone, who has owned ARC Guitar Building School and Luthier Services in Winters for seven years.

Over several months, his students craft guitars—steel-string acoustic models, mostly—from exotic hardwoods such as Indian rosewood and cocobolo, along with maple, walnut, redwood and spruce. The type of wood, combined with the design of the chamber, bracing and airflow, create the quality of the instrument’s sound.

From start to finish, guitar-making instruction and materials cost $3,200, although Calderone didn’t become a luthier so he could turn a profit. “I was doing this in my garage, and the city of Winters asked if I wanted to be part of the redevelopment,” says the retired pastor. “All I did was say yes.” He now envisions opening similar shops in other cities with the help of his business-minded son Christopher, who also plans to teach the citizens of Haiti the craft so they can sell the product worldwide. But first things first. “I’m getting ready to launch mandolin building,” says Calderone.