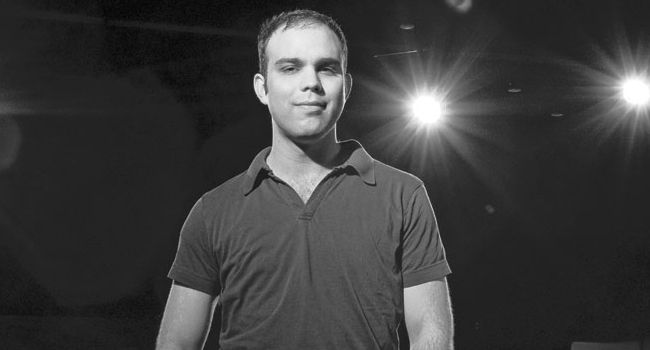 With an emphasis on lesser-known works and a particular fondness for Stephen Sondheim, New Helvetia Theatre has always been about delivering something new to local audiences. But don’t go looking for them at 1028 R St. any more: After a three-year run of producing some of the region’s most exciting theater, financial struggles led to a broken lease.

The upshot: New Helvetia is looking for a new home.

It isn’t happy news. But Connor Mickiewicz, the Sacramento native and NYU theater grad who founded the company in 2009, sees it as a promising new beginning, as he shared during a recent phone interview.

It must be hard to say goodbye to R Street.

I loved that place, but we’re very lucky that the Cordanos (property owners) helped us out by letting us break the lease. Being at R Street was very exciting, but a huge commitment for a small theater company like ours. We could have kept plugging along and struggling financially, or move away from that responsibility to explore theater in other venues, which is what we’ll be able to do now.

What’s next for you, and for New Helvetia?

Right now, I’m regrouping and not immediately diving into another show. I’m trying to be as smart as I can about how to produce theater, because I have a lot of learning to do. Doing work for other theater companies as an actor/director would be the next move for me personally. For New Helvetia, artistically I found a nice, strong core group of people I love working with, but in terms of management, the company needs to find a group of people with other skill sets, such as grant writing.

Any ideas on a new home for New Helvetia?

Partnering with other theater groups in town is something we’re looking at. I also love the idea of pop-up theater, but I don’t know how that would work in Sacramento in terms of permits.

What’s your dream for New Helvetia?

I eventually would love us to have a 400-seat theater and a permanent space, like a lot of other theaters I admire. To grow our audience base, commission new works, develop new musicals.

(Laughs) Yes, anything by Sondheim really. And an Adam Guettel piece, and Michael John LaChiusa. The only piece of his we did was “Little Fish,” but doing more of his work—that would truly be a dream.