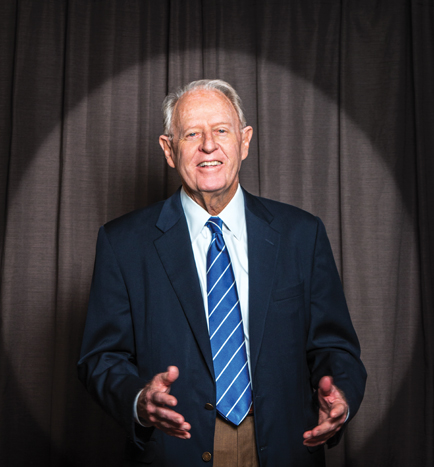 Joe Genshlea is one of the top trial lawyers in California, but he may be equally well-known as a raconteur. He’ll be the latter when he performs a one-man show, “Following My Nose: A Memoir of an Undirected Life,” at 8 p.m. on Oct. 28 and 2 p.m. on Oct. 29 at Sacramento Theatre Company. The show’s a benefit for STC, which is at 15th and H streets in downtown Sacramento.

This is Genshlea’s third one-man show. As with the others, “A Sense of Place” and “Son of ‘A Sense of Place,’” I’ve been lucky enough to work with him as a sort-of story consultant. (Joe: “Do you think this is a funny story?” Me: “Yes.”) This is also my second time out as his director—though with a life force like him, I’m at most a semiconductor.

The other shows—hugely popular evenings that raised money for STC and Sierra Forever Families, respectively—saw Joe riffing on growing up in Sacramento in the 1940s and ’50s. In the new piece, he plans to talk about his absurd experiences in the military and one of his favorite topics: the “randomizing of art and architecture” in contemporary society. In addition to his law career, Genshlea is the author of “N Is for Knuckleheads: Bad Decisions, Facts vs Beliefs, and America’s Deference to Ignorance.”