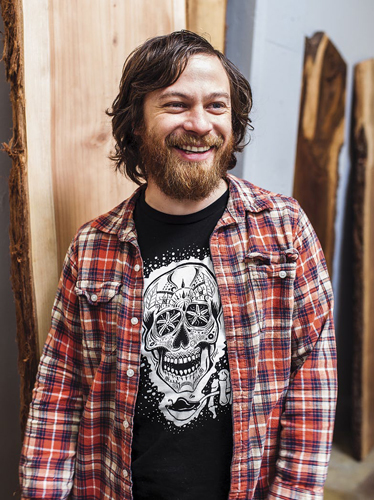 This coffee pro started working at Naked Lounge when he was 19. From there he hopscotched between various local coffeehouses, including Temple and Old Soul, before becoming a co-owner at Insight.

Although there has been speculation about why Rodrigues left Insight in 2015, he says he wanted “a little more balance” after working 20-hour days. At that time, he and his wife were expecting their first child, which brought the combined number of children in their house to six.

But the coffee bug bit him again last year. With his best friend, Rodrigues co-founded Identity Coffees. He says he wanted to create an independent, family-style company where he could involve employees in all aspects of the business, from roasting to sourcing beans.

What’s happening in Sac’s coffee scene? He says the quality has gone up and everyone is doing a great job, but relationships between the owners have deteriorated over the last six to seven years. He’s all for healthy competition, but coffeehouses are competing for the same customer pool. “If we all got along, we wouldn’t have expanded in the way we did,” he says.

He’d rather see more individual shops open up. There is little diversity in Portland’s coffee scene right now because Stumptown Coffee has dominated the market, he says, implying the same thing could happen in Sac.

Mood Board: Art for Your Walls