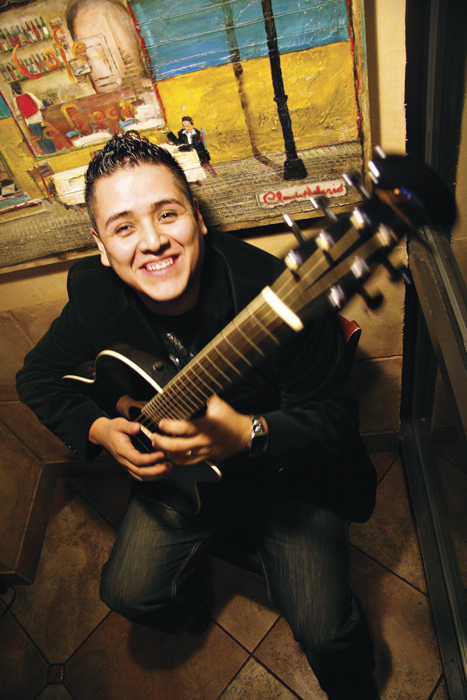 The first time I heard Sergio Serrano play, I was sitting outside Azul (at the MARRS Building) with a friend, and we were both immediately transfixed—and confused: Was it live or a recording? We poked our noses inside and were amazed to see a real person, strumming a rich, full-sounding acoustic guitar and singing his heart out. You’d never know it, but the 28-year-old Serrano has only been playing professionally for a few years, and he never sought this path; it sought him: He was “discovered” when he performed at a restaurant during a birthday party for a friend. “Afterward, the owner approached me and said he’d like to add some live music,” Serrano recalls. That was his big break, as it were, and now Serrano has a standing gig on Wednesdays at Revolucion 1910 in Lodi and on Thursday nights at Azul, with more to come. “It’s like a snowball, and I’m really thrilled with all the support I’m getting from people,” he says, adding that he’s in the process of recording an “unplugged” CD of his live acoustic shows that he hopes will be finished by the time you read this. Oh, and did we mention that he’s self-taught and writes his own material, that his music tends to be really romantic and that he sings in both Spanish and English? See/hear for yourself at myspace.com/vozmia, Serrano’s website.