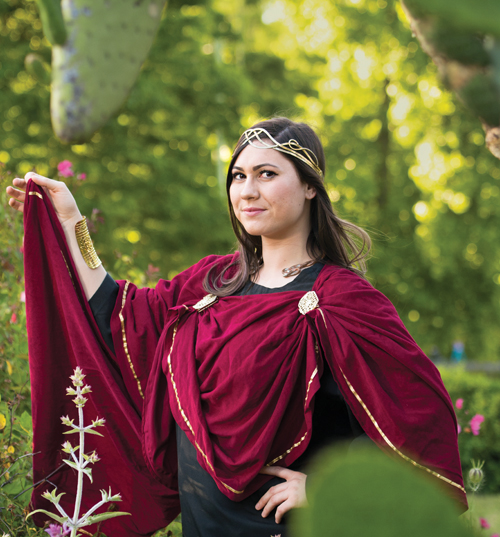 It will be Shakespeare with a twist when Shelby Saumier plays the title role in “Henry V” at the Sacramento Shakespeare Festival July 6–29. Much to her own surprise, the 24-year-old actress will portray the famous king as a woman.

“When I read for the part, I was unaware I had the option to play Henry as a female,” says Saumier, who serendipitously enough auditioned on the heels of seeing the play at the Oregon Shakespeare Festival, which deepened her understanding of the role.  She had played men’s roles before, she says, and was prepared to do so again. But she is “encouraged,” she says, by this turn of events, and is excited by the challenge.

A Santa Barbara native, Saumier moved with her family to Elk Grove (where she still lives) at age 8 and “totally jumped into acting” in middle school, she says. After earning a theater arts degree from Sacramento State, she stayed true to her path, landing parts in productions at Big Idea Theatre, Green Valley Theatre Company and more.

Shakespeare is a good fit for Saumier, who loves political and comedic theater and the classics. “I don’t really do a lot of modern plays,” she says. “I keep getting cast in classical theater. I think I have the look for it.”