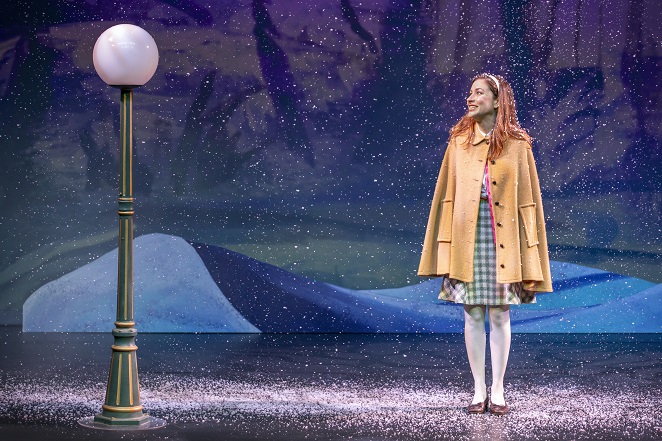 The B Street Theatre is often revered by its patrons and theatre critics for its Mainstage plays, but the origin of the theatre company is in programming for children. In 1986, B Street Theatre began as a school tour that traveled around Northern California performing in classrooms, high school theatres, cafeterias and gymnasiums. Wherever they could perform, they did. In 2002, B Street introduced the Family Series to bring the power and energy of live, fully realized professional theatrical productions to families, educators, and students alike.

The Family Series tend to be 80-minute plays geared towards ages 5 to 16, but much like a good Pixar film, are fun and educational for all ages. Field trips are Mondays through Fridays with performances at 9:30 a.m. and 11:30 a.m., although show times are flexible to meet school’s needs and schedules. The plays are picked to coincide with the California Department of Education’s Recommended Literature (K-12) – Reading/Language Arts, a collection of outstanding literature for children and adolescents in grades kindergarten through grade twelve. After every performance the children get the opportunity to ask the actors questions in a Q&A session.

With the opening of the Sofia Tsakopoulos Center for the Arts (or The Sofia) on Capitol Avenue and 27th Street, the Family Series has grown significantly in both production and audience. In B Street Theatre’s first year in the Sofia they produced an original script about the life of Mahatma Gandhi simply called GANDHI!, captured imaginations with a two-actor version of The Lion, The Witch and The Wardrobe, erected a pirate ship on stage for Treasure Island, and produced their original Dickens farce of A Christmas Carol. Field trips visited the Sofia on weekday mornings to experience the plays in the newly minted Sutter Theatre for Children, a second, proscenium style stage within the complex.

In the theatre’s original space on 2711 B Street, the 90 capacity children’s theatre was only able to reach 20,000 students per year with its field trips. Upon moving into the Sofia and opening the 365-seat Sutter Theatre, B Street reached 18,000 students in the first two of the four scheduled plays of its 2018 season. The impact has been immeasurable and reinvigorated B Street Theatre’s mission statement to bring theatre to children.

Currently the theatre is reaching over 24 school districts, but is always looking to expand its outreach. If you’re an educator, administrator, or even a parent that is interested in having your students and children experience live theatre contact B Street Theatre’s Outreach and Education department.