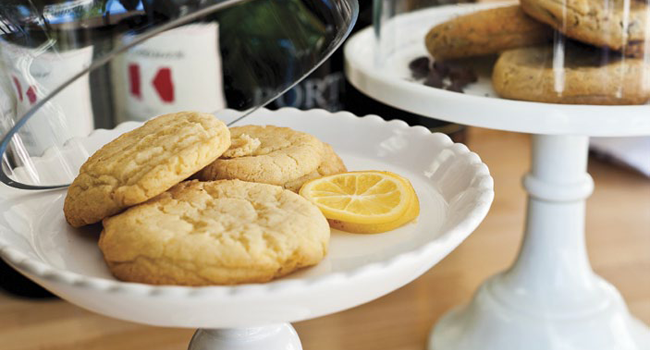 Chef Bret Bohlmann understands that escapism is half the fun of dining out. That’s why he opened Sage Mill Lunch Getaway and Wine Bar in Elk Grove: to give locals an excuse to break out of their cubicles midday or unwind after a frenetic day at the office.

Bohlmann, whose French-inspired Boulevard Bistro has been a popular fine-dining destination since it opened a decade ago, opted for a more playful feel with this new venture, a kitchen where he could play loose with the rules and have fun experimenting. The menu maintains some French in-fluences—“but with a twist,” as Bohlmann puts it. The nicoise salad, for example, is an unexpected reinterpretation of the classic, made with a tombo tuna steak and a Sriracha-cured egg.

There are also some sentimental favorites on the menu, like fried chicken and macaroni salad that harken back to Bohlmann’s grandmother, who used to make them for family outings when he was a child. He serves the chicken picnic style, at room temperature, just as she did. “We sell out of it every day,” he says.

Bohlmann is a big fan of pickling and preserving the fresh produce he receives from local farms. In addition to standards like peppers and asparagus, the staff also pickles veggies like baby fennel or curry cauliflower, which lend some gustatory pop to sandwiches and salads.

On Fridays and Saturdays after the lunch crowd clears out, Sage Mill morphs into a wine bar with a well-curated list of California (Clarksburg, Napa, Sonoma) and international (Portugal, Chile, Uruguay) wines, as well as a handful of beers on tap. The abbreviated food menu includes the usual suspects—charcuterie, a cheese plate, almonds, olives—as well as savory little surprises like pot roast sliders and grilled cheese sandwiches. â€‹Bohlmann, who was raised in Elk Grove, recalls eating out with his grandmother at the Old Mill Diner where Sage Mill now resides. “I can still remember having breakfast with her here,” says Bohlmann. “She lived just a couple of blocks away.”

With Sage Mill, Bohlmann has created the sort of establishment that his grandmother would be proud of. “You hear it all the time, but you have to have standards,” he says. “You’ve got to have a quality product and you have to be able to stand behind it. I want to feel proud about what I do—and I do.”