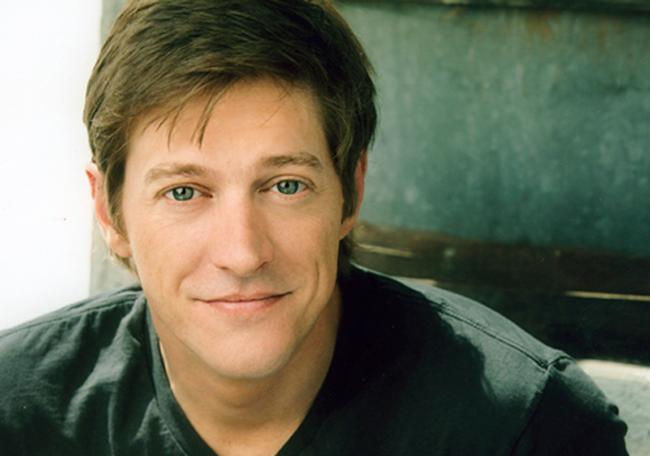 On Sunday, May 17, AMC will air the long-awaited final episode of “Mad Men.” SacMag writer Corinne Litchfield recently sat down with Kevin Rahm, the actor who plays adman Ted Chaough on the show. In this excerpt from their interview, Rahm, who lives in Sacramento, talks about the end of the series, celebrity look-alikes and his skills (or not) at TV trivia.

As a fangirl, I want to ask you all these questions about “Mad Men,” but I won’t.

What’s nice about this time around doing press for “Mad Men” is that it’s been so long since we shot these episodes, I literally can’t remember everything that happened. Before, it would be so fresh that I knew exactly what I couldn’t say, so now I’m even more cautious. When we watched the premiere [for the second half of Season 7], and I came on screen, I thought to myself, I don’t know what else I do in this episode. They all kind of blur together into one big episode, those last seven, because we were all there so much.

What was the timeframe on filming the final season?

It was seven, eight months ago. We finished last July. We had a month and a half off between the first seven and the last seven. It all kind of blends together. I’m excited that I get to watch them a little more fresh. Otherwise, I’ll remember there was another take or I did something different and I liked that better, or they cut that down, or I remember thinking I should have tried that later, that might have worked. But I’m so far removed that I don’t remember. It was the same with [the movie] “Nightcrawler,” where it had been so long since we shot it that I finally got to watch it without thinking, “This is the scene where this happens.

On the IMDb message boards for Kevin Rahm, there are posts that compare you to several other actors. One person wrote, “James Spader and Judge Reinhold had a baby and it was Kevin Rahm.”

Another person said, “He looks like a young Dick Van Dyke.” Do those comparisons make you laugh, wince or just say, “Eh, that’s life as an actor”?

The Dick Van Dyke I’ve gotten a couple times when I was doing comedies. The first big series regular job I had was in “Everything’s Relative,” with Mitch Hurwitz. He was trying to make
“Arrested Development” but hadn’t figured it out yet. Jeffrey Tambor, Jill Clayburgh, Eric Schaeffer [were in the cast]. One day, Mitch said I reminded him of Dick Van Dyke, and I took that as a huge compliment, because I used to watch that show growing up. I used to get James Spader a lot. I’ve actually signed his autograph. This woman thought I was him and I was like, “I’m not James Spader,” and she got mad at me, so I signed his name on a piece of paper. I had an audition for “Boston Legal” to play Julie Bowen’s ex-husband, who was a professional golfer. In the script, it was supposed to be a three-episode arc, but there was nothing descriptive about the character other than their divorce. I didn’t play golf yet, so I didn’t want to do that role, but I drove all the way to Manhattan Beach to meet the casting directors. I walked in and said, “I don’t want to play this guy, but I should be James Spader’s brother. I’ve signed his autograph, I look like him, I could be his younger brother. You need to tell the producers to bring me in as his younger brother.” They looked at me like I was a crazy person, and I was never asked to audition for that show again.

[You could be on] “The Blacklist” in flashbacks.

I’m just saying. When “Stargate” came out, I had an ex-girlfriend call me. I was about to move to LA, [and] she knew I was an actor and was auditioning for films and stuff. It had been six, eight months since we’d spoken, and she called to congratulate me on my new movie, because she thought that was me. I had the [same] hair [as James Spader] back then—that big, feathery, longer hair. I’d love to be his younger brother on “The Blacklist.”

You’ve done voiceover work as well. I loved your work on “Surviving Jack,” and I’m sad that show was canceled.

Me, too. It was so much fun. They did such a good job with that show. [Chris] Meloni was amazing, just hilarious. I thought it was finally finding its stride. It takes a season, especially in a comedy, to figure out what works, what doesn’t, what the show really is, and let the actors figure out who they’re playing, let the writers figure out who the actors are to write for them. I was sad that ended. I enjoyed it a lot.

Would it be easier now, as a dad of a little one, to do voiceover work?

Yeah. That job came because I’d worked with Bill Lawrence [on “Scrubs”]. Bill Lawrence was an executive producer on “Surviving Jack.” He called in five guys he knew and liked to read for that [part], and that’s how I got that job. I don’t think I’ve ever booked a voiceover where I didn’t know them ahead of time. I did a bunch in college because there were fewer of us auditioning, and I worked for a radio station in high school. I have a voiceover agent and I audition once or twice a week. I’ve gotten close a couple times, but I’ve never booked a big campaign. I feel like I’m in a weird place where I’m not a celebrity name; I’m not James Spader or Jon Hamm where you can recognize the actor who’s speaking. Obviously it’s one of the best jobs in acting as far as work-to-pay ratio. Especially now, not traveling as much. Go into a studio here, lay it down, go back home. That would be awesome.

I’ve read stories about how rockers like Eddie Van Halen try playing Guitar Hero and end up doing really bad. If you played trivia related to one of the shows on which you were a series regular, how would you do? Any show you feel like you know really well?

I would be awful. If you give me a “Doctor Who” quiz, I feel like I could do pretty well. My wife would be better. She remembers little details that I don’t remember. I’m terrible about character names. I remember plot points but not specifics that would be in a trivia game. When we’re shooting [a show], it’s only years later that I can watch an episode and be removed from it and watch it as a thing in and of itself. I don’t see it like a fan sees it. I do watch it as a fan, but it takes multiple viewings before I can not be judging myself or how they edited the scene, why did they cut that line. It’s very much work related when I’m watching it.

For Part 1 of this interview, go to http://www.sacmag.com/Sacramento-Magazine/April-2015/SacMag-Exclusive-Interview-With-Kevin-Rahm-of-Mad-Men/