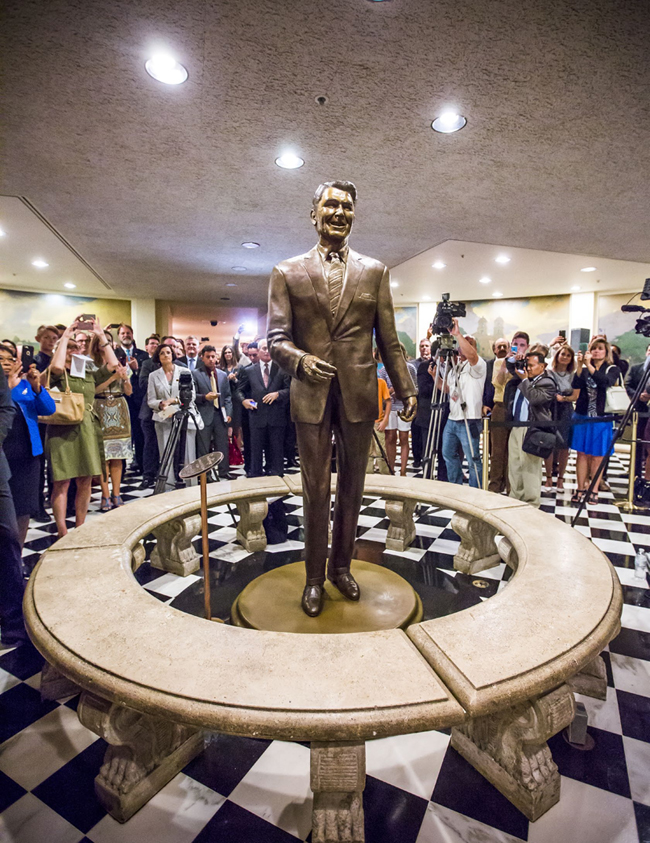 On June 22, a bronze memorial statue of Ronald Reagan was unveiled at the California State Capitol building. For years, Reagan was the country’s only former governor-turned-president to not have a statue in his state’s capitol building. The artwork—by Auburn sculptor Douglas Van Howd—replaced the Christopher Columbus sculpture in the Capitol’s lower rotunda and is surrounded by the Arthur F. Mathews murals depicting California’s past.