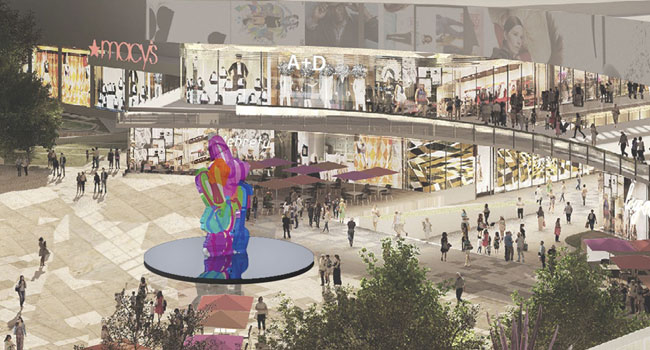 What did you think of his collected works at the Whitney?

Not everyone was happy when the Sacramento City Council approved the purchase of an $8 million sculpture by Jeff Koons for the plaza outside the new downtown sports arena. Some people questioned the selection of New York artist Koons over a local artist; others complained about the price tag. One local who was pleased with the purchase: developer and Sacramento Kings investor Mark Friedman, who sat on the art panel that chose the piece. In September, Friedman met the artist (best known for his playful “Balloon Dog” sculpture) after successfully bidding at a Crocker auction on a guided tour of Koons’ studio and his retrospective exhibit at the Whitney Museum of American Art.

He is almost courtly in the old-fashioned sense of being an incredibly kind and solicitous gentleman. He welcomed us into his studio almost like it was his living room. I was really struck by his manners, his openness, his friendliness.

What did you think of his collected works at the Whitney?

Many people criticize Koons’ art as highly commercial. Having the opportunity to see such a large body of his work in a curated and historical context gave me a deep appreciation of his seriousness as an artist.

And your impressions of his studio?

When you see the production process, it’s really impressive. It reminded me of the Ferrari factory I once visited. There were lots and lots of people using jeweler’s loupes, polishing out microscopic imperfections.

How did the art panel settle on a piece from Koons’ “Coloring Book” series?

Because of the scale of the plaza, we thought it would be terrific if the committee considered a monumental work of art. It was important to concentrate the budget on something really large. The idea for the Koons piece came from (Kings majority owner) Vivek Ranadive. He came to me and said, ‘I think this piece might be available.’ I immediately understood it might be that perfect piece of monumental art the commission was looking for.

There’s been some controversy over the purchase.

A lot of that comes from the unhappiness of some local artists at not getting a larger piece of the pie. But there’s a larger criticism, too: that his work is commercial, kitsch, derivative. He takes ordinary objects and elevates them to high status. I think he’s posing the question: What is art? That’s a question worth exploring in a materialistic world.

How do you think this will end?

I truly believe this piece is something that people will come not only to appreciate but to love.