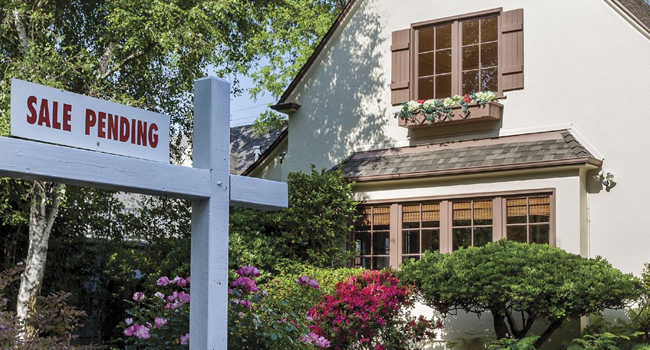 Looking to buy a house in the Sacramento region? Better gird yourself for a fight. The Sacramento real estate market is on fire, and would-be buyers are finding themselves competing for houses in the most desirable neighborhoods.

Once viewed as a bedroom community, Elk Grove increasingly is seen as a vibrant city of its own, thanks to a city council that has worked to attract jobs and make the town more business friendly. One of Elk Grove’s hottest real estate micromarkets is the 95757 ZIP code—the area between highways 99 and 5 south of Elk Grove Boulevard. Most of the houses here are of newer construction, built after 2000 with families in mind. You can expect to pay $300,000 to $350,000 for a house with at least 2,000 square feet of space. These days, local house hunters find themselves vying with buyers from the Bay Area who’ve been priced out of their own market. “You can hardly get into Elk Grove for under $225,000 right now,” says real estate agent Kevin Cooper with Cooper & Associates Realty. “Anything under $300,000 is very, very competitive.”

Cooper points out that homes in the 95757 neighborhood, priced correctly, sell quickly and at close to full asking price, leaving buyers not much room for negotiation. Despite a heated-up market, he doesn’t foresee a return to the bad old days leading up to the 2007 real estate market crash. “The market feels healthier now,” he says. “Lending standards are being adhered to. Before, if your dog could fog a mirror, we could get him a loan.”

Why Elk Grove: “Foremost, it’s the sense of community. Elk Grove has lots of greenbelts, parks and aquatic centers. It’s a very diverse community and a great place to raise a family.”

Located just across the river from downtown Sacramento, West Sac is sitting pretty these days. Thanks to the development boom set off by the downtown arena, West Sac’s Broderick neighborhood is one of the region’s hottest real estate markets. “Broderick is on fire,” says Manuel Cardoza with Tower Real Estate Brokers, noting that it’s not unusual for sellers to receive seven or eight offers above the asking price. Yet Broderick, unlike many close-to-downtown neighborhoods, is still affordable: A three-bedroom, two-bath house fetches about $225,000.

In fact, much of West Sac is feeling the spillover effects of the new arena. “Really, all of West Sac is booming,” says Cardoza. In the State Streets section, with its older, smaller homes and walkable, tree-lined streets, houses priced from $250,000 to the mid-$300,000s sell quickly. In Southport, newer, larger homes with four or five bedrooms and up to 3,000 square feet of space are selling in the $350,000 to $400,000 range.

Meanwhile, the up-and-coming Bridge District—home to The Park Moderns and IronWorks developments—promises to be another real estate gold mine as modern lofts and townhouses are built there in the coming years, along with new restaurants and bars. “Give it another four or five years and it will be completely different,” says Cardoza.

Why West Sac: “It’s a centralized location with great amenities. You’re near downtown, right in the middle of everything.”

Real estate agent Kim Pacini-Hauch has several clients with $2 million-plus budgets and nothing to buy in their target neighborhoods: Sierra Oaks and nearby Sierra Oaks Vista. “They’re just waiting for something to come on the market,” says Pacini-Hauch, who works for RE/MAX Gold. “They’re even willing buy a tear-down and build something new.”

These two desirable neighborhoods, just across the American River from East Sacramento, are perennially popular with luxury-home buyers, particularly doctors, lawyers, lobbyists and politicos. Sierra Oaks and Sierra Oaks Vista feature estatelike lots and large, elegant homes, particularly on premier streets like Crocker Road. But with only about 300 parcels in Sierra Oaks Vista, and 200 in old Sierra Oaks, it’s the classic dilemma of supply and demand. “There are fewer than 10 houses on the market right now,” Pacini-Hauch says. “Buyers have to be patient.”

Why Sierra Oaks: “Location. The closer you get to downtown Sacramento, the hotter the market.”

Folsom is a tale of old and new. The real estate market is booming in both historic old Folsom and in “new” Folsom off Bidwell, home to the Palladio shopping center.

According to Lyon real estate agent Mark Solich, there is little inventory in the Palladio area, and prices have appreciated 18 to 25 percent in the past 12 months. “If you’re selling your home, it will go under contract in a couple of days,” says Solich, who hosts “The Mark Solich Good Life Real Estate Show” Sundays on KFBK radio. Bay Area buyers, flush with cash from the sale of their home in Los Gatos, Redwood City or Walnut Creek, are making it hard for locals to compete. “They’ll sell a 1,500-square-foot house for $1.3 million and pay cash for a $500,000, $600,000 or $700,000 house in Folsom,” says agent Brian Martell with Keller Williams Realty. “That’s what’s driving our market.”

Houses in historic old Folsom are also in high demand. The downtown core has been revitalized, thanks to the city’s investment of more than $2 million in street renovations, and new restaurants, lofts and condos are attracting upscale buyers. Martell says houses here typically sell for $100 a square foot more than in other areas of Folsom. He recently listed two properties: a 980-square-foot house for $399,000 and a 1,200-square-foot house for $475,000.

Why Folsom: “Folsom Lake is a real attraction. Plus we’ve got good schools and low unemployment.”

According to Tim Collom, an agent with Dunnigan Realtors, East Sac is experiencing a perfect storm of factors that make for a hot market: low inventory, low interest rates and what he calls “the Bay Area factor.” “We’ve always had crazy markets when the Bay Area is hot,” he explains.

In East Sac, he’s seeing multiple offers and houses selling within a day or two. Earlier this year, a house he listed at M and 52nd streets attracted six offers and sold for $525,000—$28,000 over the asking price. “That’s where I go ‘wow,’” he says.

In East Sac, low inventory is a problem for buyers. Collom says there are fewer than 80 houses on the market there; normally, there would be 120 to 140. “Buyers are frustrated,” he explains. “They can’t get to properties fast enough. We give people four hours to see a property.” Wait any longer, he says, and the house will be gone.

As a result, agents are getting more aggressive, knocking on doors and sending hand-written appeals to would-be sellers, trying to persuade them to list their homes. Collom’s advice for buyers: Get preapproved for a mortgage and make sure to see houses within 24 hours of their hitting the market. “There’s no three to five days anymore,” he says.

Why East Sac: “Each home is like a fingerprint, with no two homes alike. Buyers have always been drawn to the uniqueness of each street. When you buy a home in East Sacramento, you are not only buying a home; you are buying into a community.”

For first-time homeowners, buying a home in the superheated Rocklin market can be a fight.

Just ask Carrie Bowin, an agent with Keller Williams who works with a lot of first-time buyers. “Houses that are priced correctly get multiple offers and sell within a day or two,” she says. She recently worked with clients who were looking to spend about $375,000 for their first home. They put an offer on a home in Clover Valley, an older Rocklin neighborhood. But even though they offered $1,500 over the asking price, they lost out to a higher bid. “They were super disappointed,” Bowin says. So they got more aggressive on the next house, bidding $5,000 over the list price. They also wrote a heartfelt letter to the seller, explaining that the home’s hardwood floors would be perfect for their son, who suffers from allergies. This time, they got the house. “Our last three winning clients submitted letters to the sellers,” says Bowin. “If the seller is attached to the property, they want it to go to somebody who will care about the place. Emotionally, it does make a difference.” One couple included a wedding photo with their winning bid, beating out an all-cash offer.

Why Rocklin: “It has beautiful trees and landscaping, and the upkeep of the homes is nice. People stay here 15 or 20 years to raise their kids.”

Over the years, Oak Park has been on the verge of “making it” more than once. But it feels as if Oak Park’s time really is now. “Yes, it is a hot market,” says Sam Allen, an agent with Better Homes & Gardens Real Estate. “Lately, all of my listings have sold for over the asking price with multiple offers.” He points to a duplex that sat for six months at $339,000 before the discouraged seller pulled it off the market a year

What’s changed in Oak Park? A lot. The area has seen significant development, including the opening of Oak Park Brewing Company and The Broadway Triangle project, an upscale development with stores, apartments and townhouses. The area is also home to Old Soul Co., a farmers market, art studios and gallery spaces, a monthly outdoor community event called GATHER, and an upcoming urban nursery. Homebuyers run the gamut from young professionals and members of the creative class to empty nesters looking to downsize. They’re drawn to Oak Park’s proximity to downtown and reasonable home prices. “Oak Park is by far the most affordable neighborhood on the grid,” says Allen. Prices range from $120,000 for a two-bedroom Craftsman bungalow to $350,000 for a brand-new, three-bedroom townhouse. Why Oak Park: “I think people just want to be part of something new and exciting. A lot of people like Oak Park because they feel they can have an impact on the future of a neighborhood.”