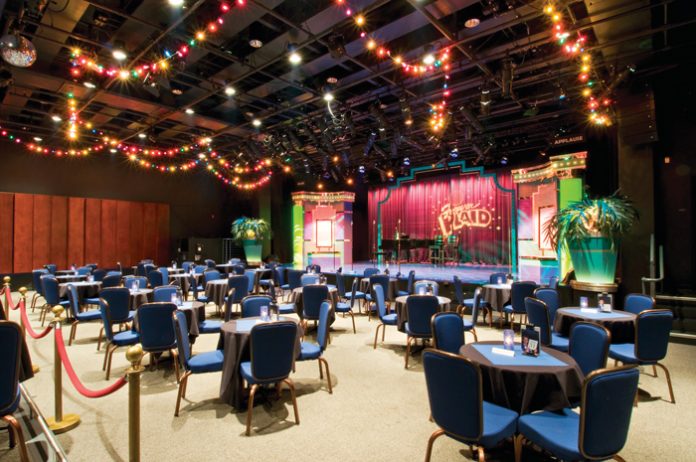 Locals may have been dubious when The Cosmopolitan Cabaret swung open its doors in September 2008, coinciding with the economic slump. But Forever Plaid continues its run through Sept. 6, according to California Musical Theatre Executive Producer Richard Lewis. A one-woman comedy, Late Night Catechism: ‘Til Death Do Us Part, opens Sept. 22.
While the recession definitely put a damper on attendance—55 percent was the house average over a 32-week period, according to Lewis—he still considers the cabaret’s inaugural production a success. “Our goal was a terrific theater and a terrific show, so we win on both counts. We met our goals.”
Having a new big city-style theater is a shot in the arm for the community and is a critical part of the revitalization of downtown Sacramento, adds Lewis.
“We’re looking forward to continuing our presence there on K Street,” he says.