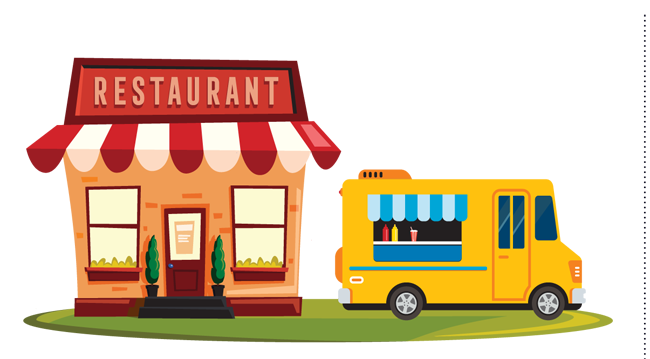 WHAT’S IT LIKE TO GRADUATE from running a mobile food operation to a brick-and-mortar restaurant? Two local chefs recently did just that, and with plum results.

Keith Breedlove, the genial personality behind the wildly popular Culinerdy Cruzer food truck, says market saturation is one reason he decided to hang up his keys, at least for now. “The food-truck business in Sacramento is just getting too overcrowded,” he explains.

“We also knew it was time to make a change because a lot of our fans were asking for a stable place where they could find us.”

Customers can now devour Breedlove’s addictive fried Brussels sprouts and over-the-top burgers at Culinerdy Kitchen on 12th Street in downtown Sacramento. “It took a little getting used to, having more refrigeration and storage space,” says Breedlove. “But the biggest difference is that I have air conditioning now.”

Breedlove asserts the best part of the move, however, is that he can feed more people at once. “I like that my guests can come and sit down in a comfortable environment,” he says. “We’ve tried to keep the culture the same in the new space—fun and different. It’s definitely taken on my personality.”

Ben Roberts, who has operated Pizza Supreme Being since 2015, parked his portable wood-fired oven indefinitely when he opened his 14th Street restaurant in April. “The mobile business was just a steppingstone,” explains Roberts. “Having a restaurant has always been the endgame.”

As with his pop-up operation, Roberts stuck to a short menu. “We’re doing four or five really good things with some occasional specials. We’re not trying to be this grand, choose-any-topping type of pizzeria.” The only difference is the pies are now cooked in an energy-effcient electric oven. “It’s the same dough recipe, but we’re doing bigger, foldable slices.”

Compared to pop-up gigs, running a restaurant has been “a breeze,” says Roberts. “Being in the mobile business is like being in a touring punk band: You have to load up, then unload, then load back up again, then do all your dishes and get ready for the next day. Now, it’s just one location where you can get everything done. It’s taken a burden off of me for sure.”

Roberts admits he doesn’t miss slinging pies in the summer heat, “although meeting people was cool. But they can come here now, which is exciting.”

The Love Is Baked In