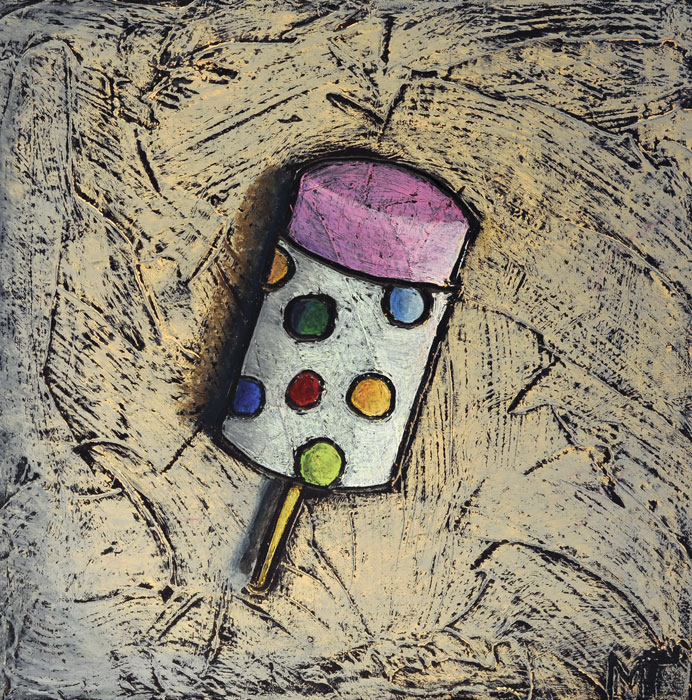 A Popsicle. A Rubik’s Cube. A fortune cookie. The subjects of Margaret Teichert’s paintings are simple, almost childlike. She calls them “meditations on objects that make me happy.”
A marketing manager by trade, Teichert, 35, is self-effacing when it comes to her art, likening herself to a singer who long preferred the anonymity of the shower to the scrutiny of the stage. “Art was like that for me for a long time. . . . I did it for my own entertainment, to get my ya-yas out creatively,” she explains.
About five years ago, at the prodding of her husband, venture capitalist Oleg Kaganovich, Teichert put up four of her pieces at a benefit show, and three of them sold. Teichert has since sold more than 50 pieces. Her artwork hangs on the walls of Cake band member Vince DiFiore (he owns a paper airplane and a slice of cake), KCRA 3 anchor/reporter Edie Lambert, and North Sacramento developer Bob Slobe and his wife, federal magistrate judge Kim Mueller.
“Even though it’s very unserious subject matter,” Teichert says, “I like how people respond to it.”
Teichert works in two main styles: found-object assemblages and her single-subject pieces. For the latter, she prefers small canvases, covers each with a thick base of acrylic paint and uses a palette knife to carve out the image. The finished products invariably evoke references to Wayne Thiebaud and Andy Warhol. “I can’t even speak to that,” she says, her hands flying up in protest. “I’m thrilled that occurs to anybody.”
View Teichert’s art this month on Second Saturday at Bodytribe Fitness, 920 21st St., and through August at AJF Salon, 3016 J St. Or visit margaretart.com.