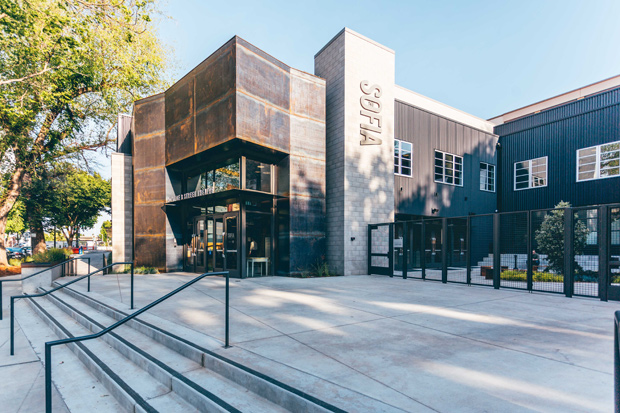 The Sofia Tsakopoulos Center for the Arts and new home of B Street Theatre has become a Midtown arts and entertainment jewel in the heart of Midtown since opening in February of 2018. The Sofia has also become a regional economic driver, pulling in patrons from as far west as San Francisco, Reno to the east, and Grass Valley to the north.

Only three months into opening, the theatre documented a 16 percent boost in Bay Area ticket sales after only announcing 36 of our 90 shows scheduled for 2018. Compare that figure to the .0004 percent Bay Area attendance the Mainstage has long maintained and it’s clear that the Sofia has become a vital beacon in Northern California entertainment.

B Street Theatre is mostly known for its Mainstage and Family Series plays, staples in the company dating back to 2002 and further. The Mainstage presents intelligent, funny comedies and heartfelt dramas, while the Family Series is both fun for all ages and educational. But since moving into The Sofia, B Street has expanded its programming to include live music, dance, comedy, and keynote speakers. The Sutter Theatre for Children, a proscenium theatre with a 365 capacity, has seen Rob Bell, Welcome To Nightvale podcast, Keiko Matsui, Blame Sally and Tycho grace the stage.

A state-of-the-art entertainment complex demands a comparable sound system, which is why the B Street Theatre’s new home, The Sofia, features Meyer Sound loudspeakers. Recognized as the finest available for demanding theatrical performances, Meyer Sound has installed two of its latest sound systems in the Mainstage as well as The Sutter Theatre for Children – both utilizing cutting-edge technology pioneered by the company. Recently, San Francisco electric blues band Blame Sally treated a Sofia audience to an impromptu 45-minute second set, simply because the room sounded amazing and they didn’t want to leave. While bluesman Tinsley Ellis told the staff, “You have to record live concerts here. The sound is so pure.”

There’s always excitement and entertainment at The Sofia. Visit bstreettheatre.org to experience one of the best venues on the west coast.