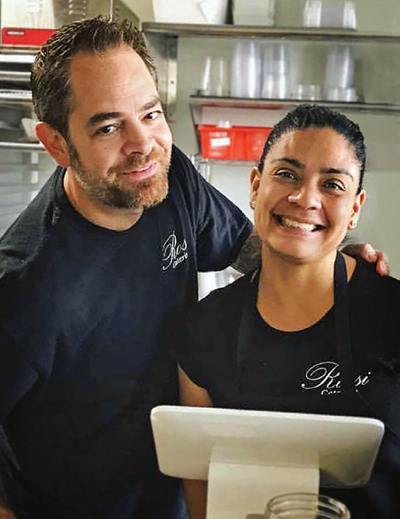 As commercial rents in midtown and downtown continue their steep climb and the central city grows more saturated with bars and eateries, restaurateurs are venturing into residential neighborhoods like Tahoe Park, which is establishing itself as a dining destination in its own right. “The area is up and coming. Not everybody is looking over here, which I think is ridiculous,” says Robb Venditti, who opened Rossi Catering & Deli in a former doughnut shop on Broadway last March. “Tahoe Park is hungry, and lots of people we know in the industry were buying houses over here a few years ago. I knew there was soon going to be a demand for it. I was the first to tell Billy that he was going to kill it over here.”

The Billy that Venditti speaks of is chef Billy Zoellin, owner of Bacon & Butter, the celebrated breakfast and lunch spot that originally opened on 21st Street in 2012. In what some viewed as a risky move, Zoellin transplanted his restaurant from its midtown digs to Broadway and 59th in 2014. The crowds followed, and Tahoe Park, which is also home to popular spots like MoMo’s Meat Market and A Bakery & Thai Food, proved itself a neighborhood that could support a thriving dining scene.

The owners of Sac City Brews, a new taproom in the Tallac Village Shopping Center on 60th Street, are betting that Tahoe Park will show them the love, too. When he moved to the area in 2016, co-owner Todd Trauman lamented the dearth of comfortable hangouts. “We wanted to create a gathering spot that served the community, a place where you can hang out with your friends and neighbors,” he says.

Rebecca Campbell, one of Trauman’s business partners, says that as the team researched locations, they discovered that Tahoe Park was underserved in terms of beer. That fact helped crystallize their business concept: “A neighborhood tap house where there’s sharable, accessible food with rotating beers in an environment that welcomes bikes and dogs and kids,” Campbell describes it.

It didn’t hurt that in Tahoe Park they were able to find a large, well-priced venue with an ample patio—something of a unicorn in a neighborhood like midtown. Venditti, too, was lured to Tahoe Park because of its relative affordability. “ It was one of the first places I checked out, but as I looked around, nothing else compared to it. I was lucky to land this place,” he says.