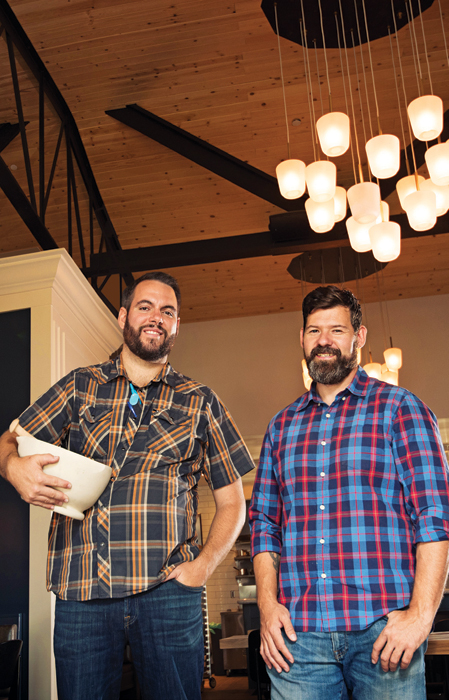 What is it: A contemporary take on the neighborhood restaurant.

Who’s behind it: Restaupreneur Clay Nutting, co-founder of LowBrau Bierhalle, and Michelin-starred chef Brad Cecchi, who worked at Mulvaney’s B &L and Grange before taking his talents to Cleveland and Calistoga.

Design: A high-low mash-up of wood, marble and steel. Local artisan Trent Dean made the furniture; the lighting comes from Oakland’s Studio Palanquin.

What lies beneath: Cecchi and Nutting were inspired by hip urban restaurants like State Bird Provisions, The Progress and Liholiho Yacht Club (San Francisco) and The Girl and the Goat (Chicago). “They’re all casual, contemporary and creative,” says Nutting.

Laying the groundwork: Earlier this year, Cecchi and Nutting held pop-up dinners to experiment with flavors and formats. Called Feast, the pop-ups sold out and created buzz.

Cecchi’s last word: “I didn’t want to return to Sacramento to do something ordinary.”