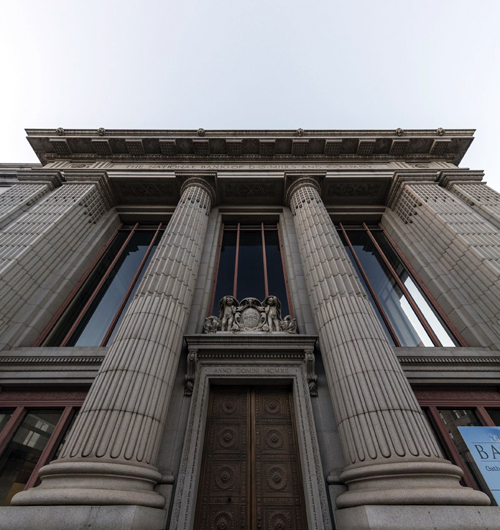 THE HISTORIC D.O. MILLS BANK BUILDING at 629 J St. was built in 1912, but for decades its vaults have been closed. That will change sometime later this summer when the building reopens as The Bank, a three-story restaurant and bar space with up to 12 different chefs and cuisines.

According to Alison Cameron Ulshoffer, whose family purchased the building in 1992, The Bank will have a little bit for everybody, from pizza to oysters. “We really want it to be like a neighborhood bar in a beautiful setting,” she says.

Between fluted Greek-style columns and a gilded interior, the building certainly doesn’t want in the aesthetics department, and the Parthenon-like structure will offer a dining experience like no other with its ceiling soaring to the bottom of the fourth floor.

The 30,000-square-foot space can serve more than 1,000 people, with each floor accommodating diverse tastes. The mezzanine will specialize in craft cocktails, and the taproom will offer more than 70 draft beers, with seating in the bank’s historic vaults. The main floor will feature a bar that Ulshoffer says “will have the most wells in town.”

After two years of planning and design, The Bank’s real investment lies in its chefs. “We’re trying to curate a perfect group,” says Ulshoffer. Though The Bank hasn’t yet named names, some are locally known; for others, this will be their first brick-and-mortar. Renovation is underway, and The Bank expects to open by the end of this summer.