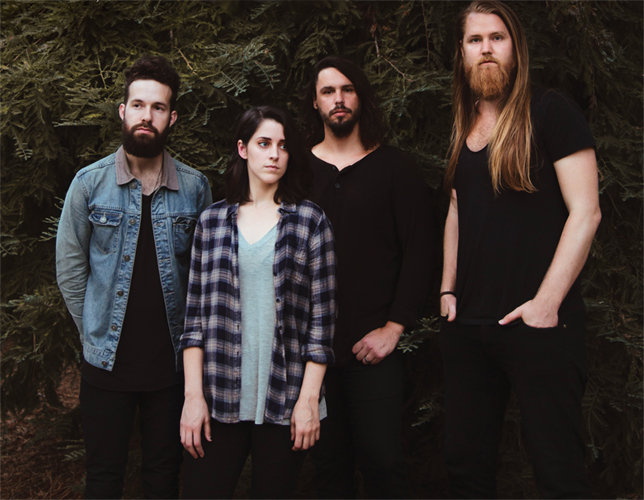 It took only a chance meeting at a 2014 Radiohead tribute show and a strong intuition for Lindsey Pavao to recruit Richie Smith to help her on an album she had been struggling to finish. Jump forward three years and the two musicians and life partners are writing and performing as the duo Trophii.

Just as Pavao’s sound has changed since she got her start singing pop covers on NBC’s “The Voice,” it took a lot of time and experimentation for Trophii to reach its unique sound. “As far as we write music, it’s very abstract,” Pavao says.

“We could have a lot of intention or talk about what we want our music to sound like, but at the end of the process, it’s going to end up whatever it (develops into),” Smith adds.

Sometimes compared to artists such as Beach House and Phantogram, the duo’s music falls under the genre of Dream Pop, which has an ethereal quality and is complex with layers of electronic and auxiliary percussion, ambient elements and instrumentation.

Since they released their debut album “Vitamins and Flowers” this past December, Pavao and Smith have been spending their time writing and developing new tracks, as well as refining their live-music adaptation of the album at shows all over Sacramento.

“All of the shows have been really satisfying in their own way,” Smith says. “I really have enjoyed the fact that people come and see us. We feel a lot of really cool local support.”

Although all the songs on the album are about facing rejection, the album did not, and it received praise from, among other media, Sacramento News & Review, which described it as “an ethereal wonderland of creative mania and steep technicality.”

“I think it was totally understood by people who were looking for it,” Pavao says.

While waiting for their new music to come out, you can see Trophii perform at THIS is Midtown Summer Finale. It takes place Sept. 9 at MARRS in midtown.