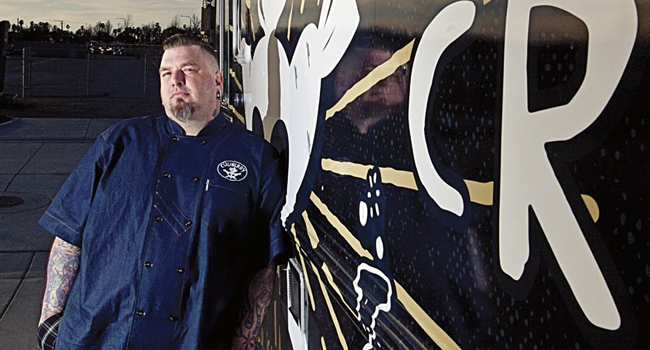 In the past few years, a handful of Sacramento chefs have left the comfort of their kitchens for the pressure cooker that is reality television, where they’ve put their dishes, and their reputations, on the line.

Talk about jumping from the frying pan into the fire. Maybe the professional culinary world isn’t competitive enough without the cameras. Why have local chefs subjected themselves to potential humiliation, especially on shows as ruthless as Food Network’s “Cutthroat Kitchen”?

“For the experience,” says Kru chef/owner Billy Ngo, who appeared on FN’s “Glutton for Punishment,” “Cutthroat Kitchen” (episode “Foul Play”) and Cooking Channel’s “Man Fire Food.” Ngo hadn’t heard of “Cutthroat Kitchen” when he got a call from the show’s producer. But even after discovering the show’s premise (contestants cook while being subjected to absurd sabotages), he volunteered. Ngo made it to the episode’s final round, where he was forced to cook chicken-fried steak with batter harvested from frozen chicken nuggets.

Carina Lampkin also competed on “Cutthroat Kitchen,” in an episode titled “Actions Speak Chowder Than Words.” The owner of Sacramento’s Blackbird, she says the experience was pressure packed and “worse than working the line.”

“I lost my shit,” Lampkin laughs. “I was dehydrated, overheated and just started screaming with my mouth open. They didn’t put that in the show, thank God.”

Despite the pressure, Lampkin, who also appeared on FN’s “Kitchen Inferno” in 2014, would do it again. The experience makes you a better chef, she says. “You become diligent about studying cookbooks, more motivated to test new recipes. Yeah, being on television is motivating to improve as a chef.”

Before he hit the road in 2013 with his Culinerdy Cruzer food truck, Breedlove operated a 1950s-style drive-in/diner, a relatively mild and middle-of-the-road operation for the tattooed chef. “But those shows kind of gave me the confidence to switch the brand and be like, all right, here I am, here’s my food, now deal with it,” he says.

According to Breedlove, the prospect of failing on national TV can light a fire where it’s needed most. “If you get your ass handed to you, it makes you ask: What am I doing? What techniques do I need to clean up? Chefs that do multiple shows keep getting better.”

Breedlove is currently waiting to hear if he’ll be cast for the 14th season of Bravo’s “Top Chef,” the gold standard of reality cooking competition shows.

While Sacramento has its own pocket of chefs competing on camera, the competition ends there. “We have a very unique chef community,” says Ngo. “There’s a lot of camaraderie . . . we all really know and support each other.” But competition makes for good TV, and even if you end up cooking with frozen chicken nuggets, “any publicity is good publicity,” he says.

The best part for Sacramentans? No matter what the televisions pundits have to say about these chefs’ dishes, we get to be the ultimate judges.