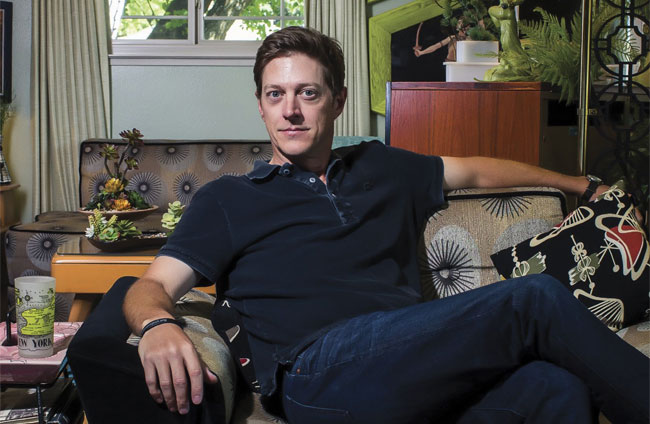 Kevin Rahm creating ad campaigns on “Mad Men,” running a mysterious club on “Bates Motel” and advising the secretary of state on “Madam Secretary.” You also may have seen him in Sacramento: He and his wife, Amy, moved to the area in 2013. Rahm recently talked to SacMag about what’s next for him as an actor, being a new dad and his quest for delicious food on the grid.

You have a great track record in TV. Are you interested in directing at some point?

In the long term. I’ve not yet found the piece that I’m willing to put that time in yet. When I find it, I’ll know.

Out of all the characters you’ve played for an extended period of time—Kyle on “Judging Amy,” Ted on “Mad Men,” Lee on “Desperate Housewives”—which one would you like to revisit?

I’d love to see where Kyle is now, how his sobriety turned out, finishing med school. Lee was so much fun to play. I think Ted would be fun in 10 years. Ted is still too close.

Would you consider doing another period drama?

Absolutely. For me, it’s always been: Is the writing good, and am I interested in playing that character? I feel like I shine with good writing.

What’s coming up for you?

I did a season of “Bates Motel” and four episodes of “Madam Secretary.” Nothing came out of pilot season: I had a couple of meetings, was close on a couple things. Now I’m just waiting to see what happens.

How does that feel?

If my wife wasn’t working, I would be a little more stressed. [Amy Lonkar Rahm is a cardiothoracic surgeon at UC Davis Medical Center.] This is the first time I’m not freaking out about not having anything lined up. What makes it easier is having a 6-month-old to play with.

What has surprised you the most about being a dad?

The capacity to love. I had this moment in the delivery room when she was born—we had been watching “The Wire” and “The Walking Dead,” so maybe it was a combination of those—where I thought, I could take all these people down if I needed to. [I’m also surprised by] my ability to go to bed at 9:30 at night. She goes down at 6, and by 8:30, 9, my wife and I are like, “Let’s go to bed.”

When your daughter is old enough to watch your work, what would be the top three things you’d show to her?

I’d have her watch “Mad Men” as a whole; I’m proud to have been a part of that.

Looking at schools. Restaurants, too. We love Mikuni and The Porch.