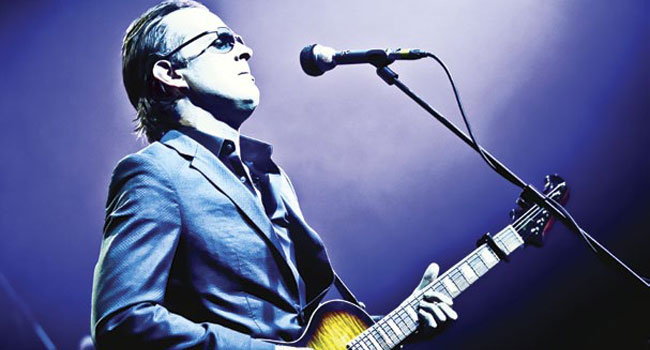 While most solo guitarists ply their art in intimate surroundings, concert organizers believe that singer/songwriter Joe Bonamassa’s masterful musicianship is deep and vast enough to fill the spacious Sacramento Memorial Auditorium when he performs there at 8 p.m. May 6, two days shy of his 38th birthday. And why shouldn’t they?

After all, Bonamassa won Billboard’s Best Blues Artist and Best Blues Album awards last year. He writes and performs songs that usually fall into the blues, rock or blues-rock category—which is fine, since music historians say that rock ’n’ roll emerged from the blues.

In his more than a quarter century of entertaining, Bonamassa has recorded 15 solo albums under his own label, 11 of which made it to No. 1 on Billboard’s blues lists. The performers he’s played alongside comprise a veritable Who’s Who of music stars, including Eric Clapton, Stephen Stills, Steve Winwood and Buddy Guy. Two of Bonamassa’s more notable venues also impress: London’s Royal Albert Hall, which he sold out, and the Crest Theatre right here in Sacramento.

Bonamassa’s career start couldn’t have been much headier. At the age of 12, he was asked to open for the legendary blues musician B.B. King. Albums and accolades have followed—but also purpose. Bonamassa invests in education and the future of his chosen musical genre. As such, he founded the Keeping the Blues Alive Foundation, a nonprofit that offers funds, scholarships and materials to schools lacking the resources. Bonamassa donates 5 percent of his sales to the foundation. Onstage, he gives 100 percent of himself to his fans.