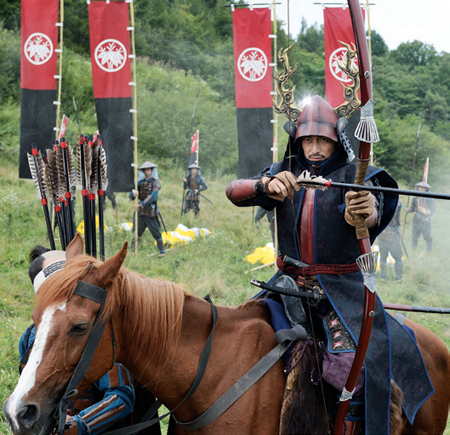 A little bit of Japan is crossing the Pacific and making its way to Sacramento this month.

Starting Friday, July 20, with “Mumon: The Land of Stealth,” the Sacramento Japanese Film Festival will come to Crest Theatre, bringing on-screen samurais and ninjas, and even a Sacramento tie. On Sunday, July 22, the festival will host a screening of “The Ito Sisters: An American Story,” which focuses on three sisters who were born in the Sacramento River Delta. The filmmaker—Antonia Grace Glenn—will also be at the festival and will take part in a Q&A before the film.

“We are delighted to be able to have an emerging filmmaker, Antonia Grace Glenn, whose film, “The Ito Sisters,” documents so well what it was like to be a Japanese American, born in the U.S. and farming the land outside of  Sacramento on the Sacramento River,” Barbara Kado, the festival’s director, says.

Other films will include “Sisters of the Gion,” “In This Corner of the World,” “Oh Lucy!,” “After The Storm” and “Tokyo Family.”