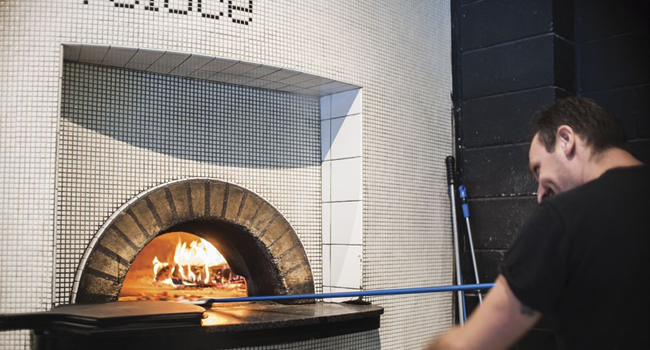 “FARM TO FORK” IS BEING REPLACED BY A NEW BUZZ PHRASE: PROOF OF CONCEPT. It means that a restaurant is successful and can be replicated in other places. In other words, it’s scalable, another business-school buzzword familiar to anyone who watches TV’s “Shark Tank.”

It’s no longer enough to dream of opening a single restaurant and running it for 30 or so years. These days, many restaurant owners hope to hit on The Next Big Thing, like Chipotle or Danny Meyer’s Shake Shack. With proof of concept, they can find deep-pocketed investors willing to help them expand their business.

Here in Sacramento, a few restaurant folks are working away on their proof of concept. (Think roadhouse burgers and poké.) One local restaurant is already well on its way to proving its concept: Hot Italian. The pair met almost a decade ago in Sacramento, where Cercatore—an Italian entrepreneur and master pizzaiolo who owned a restaurant in La Spezia—was visiting. They became friends and stayed in touch after he returned to Italy. Cercatore wanted to do something new, and he was seduced by the California Dream, so he moved to Sacramento to partner with Lepore. “He thought there was an ocean here,” Lepore says with a laugh. “He thought he’d be able to surf.”

There was no ocean here, but there was a wave waiting to be ridden. The pizza scene at the time was basically limited to Giovanni’s, Zelda’s and Round Table. Sacramento hadn’t yet gotten a taste for artisanal, wood-fired pizza. Cercatore and Lepore scouted for locations in midtown and downtown, eventually settling on the corner of 16th and Q streets. They completely overhauled the space (formerly Young’s Fireside), giving it a modern, black-and-white color scheme and outfitting it with communal tables, a massive pizza oven from Italy and a big ass fan. Make that a Big Ass fan: a monstrous ceiling fan, from a company called Big Ass Fans, with blades that made it look like an airplane propeller. It’s as much a design element in the 6,000-square-foot restaurant as the exposed ductwork and the pendant lights made out of Illy espresso cans.

Hot Italian was one of Sacramento’s earliest artisanal pizzerias, opening around the same time as Masullo’s and before OneSpeed. Lepore and Cercatore ignored suggestions to put pasta or anything other than pizza and panini on the menu. “We didn’t have hamburgers or crab cakes—things restaurants feel they need to offer to keep people happy,” says Lepore. “We wanted to be laser focused.” The pizzas—superthin crusts made with organic flour and topped with Italian cured meats, house-made sausage and organic vegetables—are named after famous attractive Italians. There’s the Bellucci (fennel sausage, fresh ricotta, mozzarella and tomato sauce). The Ligabue (pesto, mozzarella and pecorino romano). The Casalegno (Yukon Gold potatoes, pan cetta, mozzarella and Crescenza cheese). That laser focus extends to the dessert menu (small-batch gelato from Berkeley) and the bar, with its Italian-style artisanal cocktails and mix of local craft and Italian beers. (Hot Italian sells more Peroni than any restaurant in California.) Despite opening in the depths of the Great Recession, Hot Italian was a hit from the start, with revenues increasing year after year. In 2012, Lepore and Cercatore opened a second location in Emeryville after a commercial broker approached them about expanding. Around the same time, Cercatore started Passione Pizza, a 7,000-square-foot bakery in Berkeley where he makes pizza dough for wholesale to 400 supermarkets in California. It also serves as his laboratory, allowing him to tinker with recipes for things like gluten-free and sprouted-wheat dough.

Lepore and Cercatore are now working on their third Hot Italian, in the Davis Commons development in downtown Davis. “It takes three locations to prove your concept,” says Lepore, noting that she and Cercatore have already received feelers from investors in Detroit, Boston and Austin interested in bankrolling an expansion. The trick, she says, is to find the right opportunity—one that allows them to maintain their gusty, modern brand. “We need to partner with the right people.”