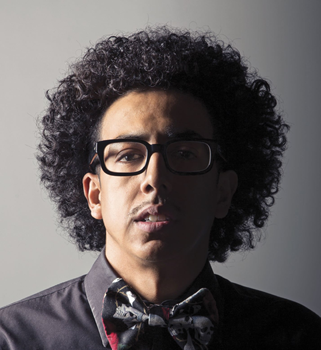 It could be said that music is the backdrop of our lives, and songs intertwine to form the fabric of our days. As a DJ, My Cousin Vinny mixes and blends one song with the next to create his own genre of house music. A Sacramento native, Vincent Miranda plays events such as Family Jewels and Higher Sound at Kasbah Lounge, as well as a weekly gig at Faces Nightclub.

Miranda, who is 27, began DJ-ing at 13 when he received a pair of turn-tables for Christmas. He would later host events with another local, DJ Mike Diamond, across the state, frequenting Los Angeles, where he would open for Big Sean. His roots, however, are firmly planted in Sacramento, where he has opened twice for international DJ Steve Aoki and thinks the emerging music scene here has a unique presence.

“What sets Sacramento apart is that it’s more close-knit,” says Miranda. “There’s a subculture brewing here where everybody is connected.”

Miranda will play June 10 at Concert in the Park at Cesar Chavez Plaza from 5–9 p.m. It will be Miranda’s first time performing at the event, and he plans to bring a mix of house music and digital cumbia (electronic meets contemporary Latin). “It’ll be a good chance to really showcase the different tastes that I’m into,” Miranda says,