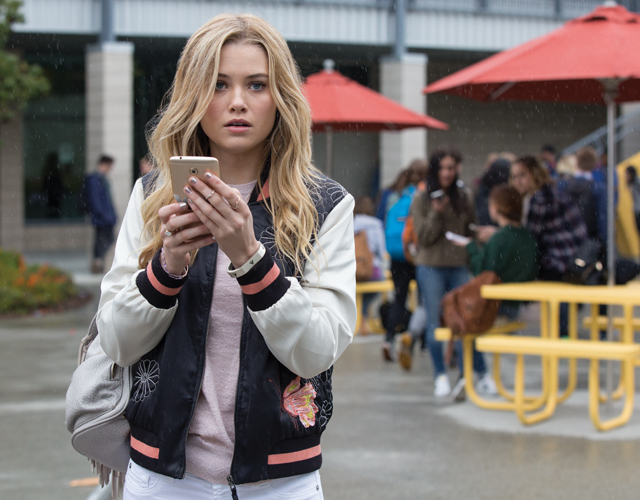 As a child, Virginia Gardner could never have guessed she’d one day play Karolina Dean, a mutant from the Marvel universe, though she always knew she would act. Only 22, the Sacramento native landed her first major role, in 2015’s “Project Almanac,” and now stars in the Marvel series “Runaways,” which debuts Nov. 21 on Hulu. Gardner recently spoke with Sacramento Magazine about why she got into acting, her brother’s impact on her new role, and what she misses most about home.

Why did you decide to become an actor?
I was watching the movie “I Am Sam” with Dakota Fanning, who was around my age. Her dad had autism in the movie, and my brother has autism. I remember watching her performance feeling genuinely affected by it and thinking that’s what I want to do: to affect people the way I was affected. There was no question in my mind from that moment on.

How did you get your first break?
I dipped my toe in the water by modeling. At 13, I began submitting myself to agencies behind my parents’ backs. They weren’t so sure about the Hollywood situation.

Yet your mother, Sarah Gardner, was an anchor for KCR A3—she was no stranger to the camera, so why was she nervous for you?
I grew up watching her on set with the news, but my mom also traveled a lot and modeled, and I think she was nervous for me to get into it at such a young age. They wanted me to go to college, but I went the complete opposite direction and finished high school at 15 and moved to LA.

“The Runaways” is created by Josh Schwartz and Stephanie Savage, who are also behind hit shows “Gossip Girls” and “The O.C.” What was it like to audition for this role?
I was actually working on something in Vancouver at the time and got an email that was super secretive. But their names were attached to it so I thought that whatever this is, it’s probably big and probably cool. I got off work at 1 a.m. that night and did probably the worst-looking self-tape audition that anybody has ever seen.

In the show, the characters struggle with their identity. That’s a theme with Marvel in general: Mutants are seen as different but they possess special powers. Has your relationship with your brother given you special insight to your role as the mutant Karolina Dean?
All six of our characters are struggling internally with their own things, putting on this façade, but I do think my background with my brother has given me another perspective on human beings in general. A lot of people with autism may be lacking in some areas but they’re incredibly talented and intelligent in other areas. When you grow up with somebody like my brother, Chas, you have a lot more compassion for people—you’re not as judgmental—and it allows you to see what makes everybody special, and that everybody has their own superpowers in their own way.

Your family also helped start UC Davis’ MIND Institute, an international research center for neurodevelopmental disorders. Are you still involved?
Yes, in any way that I can. It’s my parents’ life mission, and opening the MIND Institute was a dream of theirs to help families and kids and maybe find a cure (for autism). I’ve always said that if I’m going to be given a platform then I’m going to use it for things that matter to me. In Sacramento, Evening of Dreams is a prom for people with autism. Kids from high schools volunteer to be prom dates for kids with autism. I’ve been involved with that and plan maybe to bring it to LA.

Do you still visit Sacramento, and is there anything you miss most?
Three to four times a year—as much as possible. And Jack’s Urban Eats. I’m obsessed with their barbecue chicken sandwich. I want to bring them to Los Angeles. Basically I miss a lot of the food, and my friends. It’s really cool to see how much Sacramento has changed in the last few years, and I haven’t been to the new Kings arena but I’m really excited about going.

So even though you’re an LA resident, you’re not switching over to the Lakers or Clippers?
Oh, no! I’m a Kings fan for life!