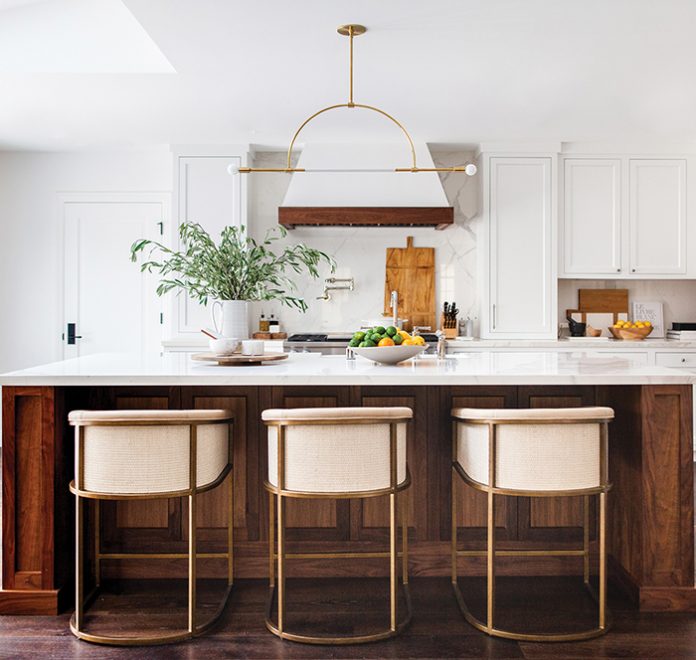 As two of the most successful young developers in Sacramento, Katherine Bardis-Miry and her husband, Bay Miry, have lots of experience building things. She (along with her business partner, cousin Rachel Bardis) developed The Mill at Broadway, The Grounds and The Good Project. He is the developer behind 16 Powerhouse and the 700 block of K Street.

In 2017, just a month before their wedding, they bought a house in the Fab Forties that needed work. Lots of it. And these two builders discovered that renovating a home of their own would be distinctly different from building homes for other people. 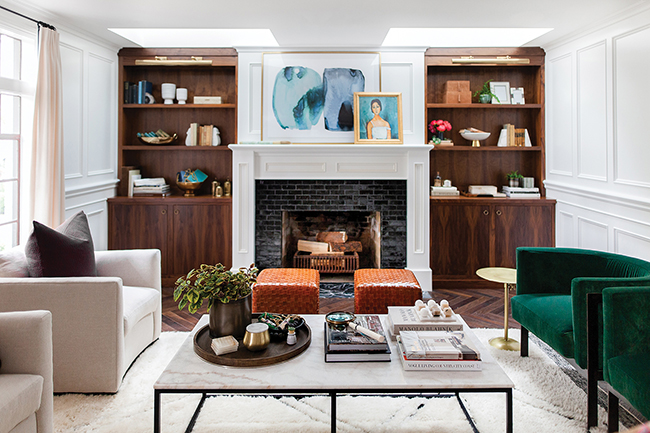 “We started demo on our wedding day,” recalls Bardis-Miry, who served as the contractor on the project. “It was the first project we’d done together, and it was a little stressful.”

For help, they turned to Design Shop Interiors, a Folsom design firm that focuses on whole house remodels. Bardis-Miry was already familiar with the company, which had done work for several of her developments.

The house, a stately brick Tudor built in the 1930s, was a far cry from the couple’s typical ultramodern projects. “We were a little nervous about it at first,” says Bardis-Miry. “We have a modern aesthetic, but we wanted to be respectful of the house.”

The couple opened up walls and added about 1,600 square feet to create an open-plan entertaining space on the ground floor and a luxurious principal bedroom suite upstairs. In the living room and dining room, the original parquet floors were replaced with walnut floors laid in a herringbone pattern. New walnut built-ins in the living room are a callback to the originals, but their styling is distinctly more modern.

To satisfy the couple’s desire to entertain, the designers added built-in bars and wine fridges throughout the house. In the kitchen, a large walnut island creates a gathering spot for friends. The kitchen, while traditional, offers surprisingly modern touches, such as a brass-and-leather light fixture. 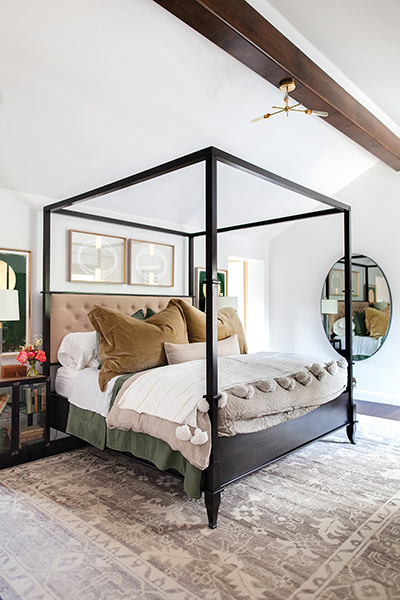 In a nod to family, the couple used the upstairs landing to showcase a massive crystal chandelier owned by Bardis-Miry’s parents. They exposed the vaulted ceiling and added seating to create a quiet place to read and relax. 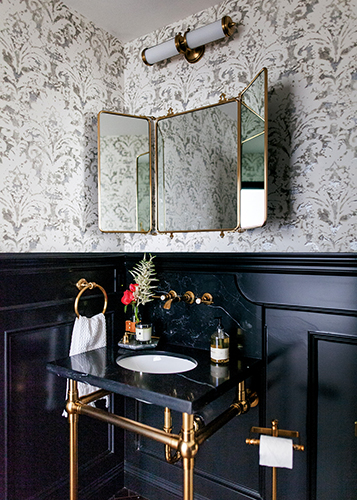 The house ended up being a perfect mix of new and old, modern and traditional. And along the way, the couple discovered that they liked working together. Says Bardis-Miry, “It’s fun when it’s your own home.” 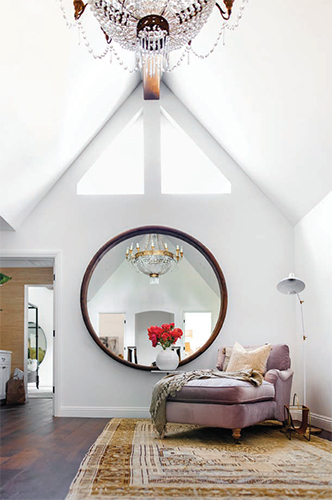