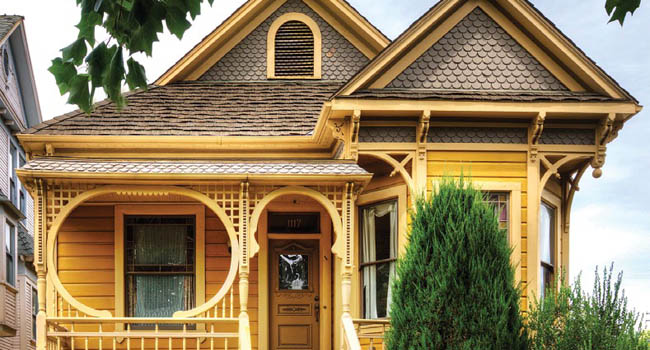 Barbara Holmes and Tom Williams’ rehabbed Victorian on F Street shows how far you can go with persistence, hard work, creativity and know-how. So does another Victorian on F Street: the one Louise Mehler, M.D., and her late husband, Roger Lathe, worked on for 30 years. Each home dates to the 1890s, and each is on this year’s Sacramento Old City Association Home Tour. Two houses on the same street with two very different stories to tell. Holmes and Williams’ high-water Victorian in the Mansion Flats neighborhood was once a boardinghouse run by a fluffy-haired woman named Dorothea Puente. Remember her? She died in 2011 in prison, serving a life sentence for murdering her tenants and burying them in the garden.

Three blocks away, Mehler and Lathe’s Victorian in Alkali Flat endured its own brand of abuse and neglect. By the time the couple got their hands on it in 1978, it had been ravaged by fires and picked over by scavengers. Mehler recalls that what they bought was more a “pile of fire debris” than a house, but she had faith that she and Lathe, a contractor who became one of Sacramento’s most affable and expert home inspectors, would put it right. At the time, they didn’t recognize themselves as pioneers of a residential re-occupation of the central city core. They thought they were buying an old house that needed a lot of work in a neighborhood they liked. In some ways, they were very much like scores of people living in the central city today. You know, the ones reinventing their neighborhoods one structure at a time.