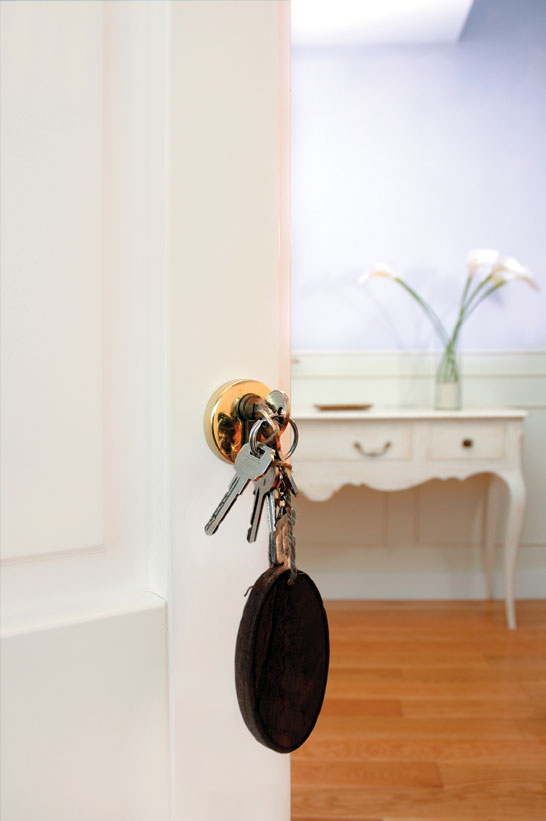 Don’t hate these Sacramentans because they own getaways in Tahoe or Mexico. As they point out, owning a second home isn’t always a vacation.

In Sacramento, Suzanne Kilmer is a hard-charging physician with a busy medical practice. In Mexico, where she owns a second home, she’s a laid-back wife and mom who doesn’t sweat the small stuff.

Kilmer is among the luckiest of Sacramentans—those who own vacation properties in paradisiacal places such as Tahoe, Carmel, Santa Barbara or Mexico. When the stresses of everyday life get to be too much, they can jump in the car or hop on a plane and, in just a few hours, find themselves relaxing in a hammock on the porch, margarita in hand.

A vacation home is like a ticket to the good life: a place to recharge your batteries, reconnect with family and relax with friends. But owning a second home, it turns out, isn’t all mai tais and sunshine. It comes with its own special set of issues.

Kim and Sammy Cemo have experienced some of these issues firsthand. The Orangevale couple purchased a 3,000-square-foot house overlooking the ocean in Pacific Grove back in 2005. “I love it,” says Kim. “It’s idyllic.”

But she quickly discovered that a beachfront home requires a ton of maintenance. “Ocean air is very hard on a house,” she points out. “The exterior has to be painted every four or five years, and the windows have to be washed every month.”

Not that she’s complaining, mind you. Cemo adores everything about her vacation getaway, from its panoramic view of the Pacific Ocean to its proximity to the golf courses of Pebble Beach. “We pinch ourselves every time we go there,” she says.

Which, as it turns out, isn’t often enough. The couple’s teenage son is still in high school and plays lacrosse on weekends, so they have to stick close to home. “We’re not getting there as much as I’d like,” says Cemo. “It’s a little frustrating.”

For many vacation-home owners, kids can be the fly in the suntan ointment. Earlier this year, Kilmer’s 12-year-old son rebelled over the family’s annual spring-break trip to Mexico. “He wanted to be with his friends,” she explains.

As some second-home owners discover, it takes a village to live the simple life. Housekeepers, gardeners and caretakers are essential if you don’t want to spend your downtime doing laundry, yard work and home repairs.

That, at least, is what Michael Lyon believes. Lyon, a Sacramento real estate executive, owns a Lake Tahoe cabin with his sister and mother. (His father bought the property, on the west shore of Lake Tahoe, in the early ’60s for $20,000. “He thought he was getting ripped off,” recalls Lyon. “He was afraid his friends would laugh at him.” Today, lakefront homes at Tahoe start at $4 million. Who’s laughing now?)

According to Lyon, the secret to happy second-home ownership is hiring help.

“There’s nothing worse than showing up and the house is a mess,” he says. “We have someone come in to clean and someone who maintains the yard. That way, when we arrive, the beds are made and the lawns are mowed.”

David Townsend, a Sacramento political consultant, owns a beach house on the blustery Oregon coast. He, too, has a caretaker to keep an eye on things. Still, the house’s remote location can make it difficult to get service and repairs. One Christmas, when the furnace broke down, Townsend had to scramble to buy space heaters to keep his family from freezing. And big storms regularly blow through the area, causing the phones to go down.

“There is a hassle factor to owning a second home,” he notes dryly. “It’s not like going to the Ritz-Carlton.”

To eliminate one hassle, Lyon and his sister sit down with a calendar at the beginning of the year to decide who uses the house when. “We’ve never had a problem,” he says. When neither one wants it, they rent out the house, called “Slice of Heaven,” for up to $10,000 a week.

Townsend rents out his beach house when he and his family aren’t in residence. The rental income is nice, but it’s not enough to cover the mortgage, he says. “It helps on the financials,” Townsend notes. “We probably cover our expenses—that’s all. But I like the idea of the place being occupied.”

Townsend is an old hand when it comes to owning vacation property. When he was single, he shared a Tahoe cabin with two friends. Later, he and his wife, Sharon, bought a house overlooking Bodega Bay. After the couple purchased the Oregon beach house,
Townsend and his young daughter furnished the place online. “We bought everything on the Internet: couches, rugs, beds, tables—you name it,” he says. “It was totally fun.” He also set up a fully functional office so he can keep in touch with clients. “All I have to do is grab my briefcase and get on the plane,” he notes.

Thanks to cell phones and the Internet, many vacation-property owners now find they can steal away without anyone being the wiser. Mike Dunne, The Sacramento Bee’s restaurant critic, writes for the paper’s food blog from his second home in Mexico. Dunne and his wife, Martha, bought the house, on the Baja peninsula, two years ago with Martha’s brother and sister-in-law.

The two couples have an informal agreement that either pair can use the house whenever they want. They have a joint checking account, and they split the cost of the gardener and pool man equally. To pass the house on to their children, they put it in a family trust. Lyon and his sister also have a trust in order to keep the house in the family. It’s a good idea, Lyon says, to hire a real estate attorney when you own property with relatives. “Set up a partnership with rules and buyout provisions,” he advises. “Disagreements do happen.”

But, say these vacation-home owners, the hassles and headaches of owning a second home are far outweighed by the pleasures.

“When I’m in Sacramento, I’m working,” says Kilmer. “Mexico is concentrated family time. We play cards together, make meals together, go on beach walks together.”