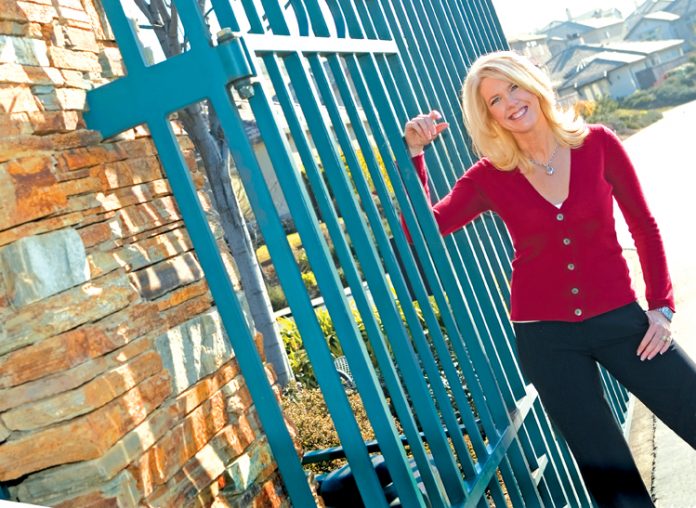 It’s been said that good fences make good neighbors, but what to make of cinder-block walls, keypad entries and guard booths? As gated communities grow in popularity in our region and across the nation, both enthusiasts and critics of this housing phenomenon are taking a closer look at what draws people to them and what impact they have on our sense of community and civic life.

Teri Brinsley, a real estate agent who moved to the 3,500-acre gated community of Serrano in El Dorado Hills with her family five years ago, offers nothing but praise for her surroundings.

It’s like no other place I’ve ever known, she gushes. There is very much a feel of community here. They have designed it in such a way that it really does create that Old World feeling so that you do know your neighbors.

For Brinsley and her husband, David, a sense of safety, especially for their four children, was a major draw. The children are safe here, I feel, because of the gates, she says.

David Townsend, a political consultant who lives in an upscale, four-home gated community off Fair Oaks Boulevard in Sacramento’s Sierra Oaks Vista neighborhood, says he and his wife also were sold on the security factor. Safety for my daughters was a huge draw, Townsend explains, adding that
he never had to worry when his two girls played outside as youngsters.

Brinsley and Townsend are not alone. Safety&emdash;especially for children&emdash;is routinely cited as a top reason people choose to live in gated communities.

About 7 million households&emdash;or 6 percent of the national total&emdash;are in secured communities, according to the U.S. Census Bureau’s American Housing Survey. In Sacramento, El Dorado and Placer counties combined, that figure is 13.4 percent. One estimate indicates as many as 40 percent of new homes in California are walled or gated.

But there is little consensus among researchers as to whether gates actually prevent crime. Some studies suggest a gated community is likely to have the same crime rates as its adjacent nongated neighborhoods. Others indicate that crime is simply displaced to neighboring areas where there may be fewer resources to combat it.

Whether perceived or real, a sense of security isn’t the only attraction of gated communities. At least as important to Brinsley is the feeling that her financial investment is protected by the stringent codes and bylaws that govern the neighborhood. Those rules determine everything from what color a home can be painted to what landscaping plants are permissible.

The main thing that I like is, for lack of a better word, the control of gated communities, she explains. What I mean by that is, when you have a home that’s not in a gated community, you run the risk of people doing what they want around you. Because of the rules, you have the assurance that the community will pretty much stay the way it was when you purchased it. And that’s a really great feeling.

Many homeowners, whether or not they’re surrounded by walls, share Brinsley’s sentiment. No one enjoys living next to an eyesore or a public nuisance. But critics of gated communities fear that with added control come some unintended consequences.

For instance, freedom of speech&emdash;that most American of rights&emdash;can be curtailed in gated communities that prohibit the posting of political signs in the front yard.

In Brinsley’s opinion, she and her neighbors gain far more than they give up by submitting to stringent deed restrictions. She readily concedes that somebody with a creative flair who didn’t want to be told what to do would probably not be a good fit in Serrano, but those individuals must understand that anything that’s going to be unusual or out of the norm wouldn’t benefit the whole community.

In their landmark book, Fortress America: Gated Communities in the United States (Brookings Institution Press/Lincoln Institute of Land Policy, 1997), authors Edward Blakely and Mary Gail Snyder argue that maintaining a controlled environment within the gates results in a stilted, predictable atmosphere where nothing is left to chance&emdash;including the prospect of meeting a person different from oneself. The broader consequence, they believe, is a fragmented society in which people are cut off from one another, especially if they belong to different races or classes.

Yet in Brinsley’s experience, the gates have an almost subliminal effect that brings people closer.

It’s like a gathering feeling; it’s like a pooling together to be nestled and gated, she explains. When there’s not that gathering in, people don’t seem to want to connect as easily. It’s almost as if they need a little bit of a safety boundary to really step outside and say â€˜Hello, how are you today?’ You feel safe reaching out and making a friend because you know most likely they’re just like you.

Michael Notestine, a principal at Mogavero Notestine Associates with more than 25 years of experience in regional and community planning, believes gated communities have serious drawbacks. In his view, great neighborhoods are distinguished by diversity, individuality, good design, great social gathering spaces and connectivity to other uses.

While he concedes it’s possible that gates may foster a sense of community on a smaller scale, he says they seldom allow for spontaneous interactions between different kinds of people&emdash;a situation that is not particularly healthful for the community at large. Besides reinforcing a separation of classes, gated enclaves are anathema to smart-growth advocates, contends Notestine.

I think one of the ill effects is the lack of connectivity. [Gated communities] force people to go around them, he explains, and everything that we’re trying to do as far as mixing up uses, providing places within walking distance, improving air quality&emdash;all these good urban design reasons are kind of blocked by them.

Of course, there are instances in which gates are quite practical, as in the bucolic Clos du Lac development in Loomis. In that community, which is built around a French ProvenÃ§al theme, common areas are planted with vineyards. The gates, says resident Mike Metzger, not only enhance the ambiance; they also prevent deer from roaming the property and devouring the year’s harvest.

Love ’em or hate ’em, gated neighborhoods are a fact of life in America. And if you think that gates are strictly for the white and well-off, the trends say otherwise. Renters&emdash;who are less affluent and more racially diverse&emdash;are nearly two and a half times as likely as homeowners to be walled in. And gated communities are being marketed more and more to middle-class clientele.

Maybe Cole Porter had it right in his 1944 tune:
I don’t like hobbles and I can’t stand fences

Don’t fence me in

Then again, he’d never been to Serrano.