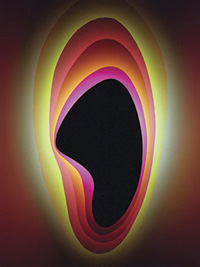 A local firm gets creative about the business of design.

All you have to do is look around downtown Sacramento to know that change is in the air. Sleek new shops, restaurants, office buildings and lofts are popping up all over the place, a sure sign that Sacramento is evolving design wise, that is.

Jonny Dennis and Rob Zinn are hoping to nudge those changes along. The pair are the brains behind blankblank, a firm that acts as a business “incubator” for cutting-edge residential and commercial design.

They are design venture capitalists, putting their money and marketing savvy behind new and emerging designers. Their goal: to cultivate (and reward) talent while bringing to market sophisticated yet affordable design.

In the two years since they started the company, the duo have signed up five designers (including Zinn himself), exhibited products at the prestigious International Contemporary Furniture Fair, and begun selling their wares across the country. The New York Times featured one of blankblank’s designs; a multicolored sculptural light sconce by Zinn; on the cover of its House & Home section, and the W Hotels group purchased a dozen sconces for a new in-hotel spa. (“A nice first client,” Dennis notes.)

All of which bodes well for Sacramento. “They are evidence of our growing self-confidence and sophistication,” says developer Mark Friedman, one of the city’s leading proponents of loft living and a vibrant, 24-hour downtown. “They’re creating exciting products that can be shown on the world stage.”

The pair came together several years ago when Dennis, then working in business development for Fleet Feet, hired Zinn, a Manhattan-based industrial designer, to create fixtures for a chain of stores that Fleet Feet was opening nationally. Dennis, a London native who had long been interested in modern design, got to talking with Zinn about the disconnect between business and design.

“Traditionally, the designer gets a very small royalty from every piece of furniture sold,” says Dennis, 35. “The sales rep makes a lot more money than the designer.”

The two wanted to redress that imbalance, giving more control, both creative and financial, to the designer. They brainstormed and came up with the idea for a company that would assist designers in developing, marketing and distributing their products while leaving the design process largely up to the artist, a significant departure from the traditional system, in which designers are hired guns, creating pieces according to manufacturers strict specifications. “Creatively,” says Dennis, “we wanted to give them a lot more freedom to express themselves.”

The name blankblank? It’s a placeholder for the name of each artist. Explains Dennis: “When we add a new designer, we brand him as his own company and drop his name into the blanks.” So blankblank is Rob Zinn when it markets Zinn’s products, W. Earle for the products of Sacramento furniture maker William Earle, and Tim Richartz for the work of a New York lighting and furniture designer by the same name. (The company recently signed another design team, Mike Simonian and Mike Evers of San Francisco.)

A graduate of Pratt Institute in New York, Zinn had been working as a consultant to product- and furniture-design firms and teaching at Pratt when he made the leap to Sacramento and blankblank. “I wanted to develop myself, do my own thing,” says Zinn, 34, who moved here in 2004.

He served as the company’s “test model.” For blankblank’s first product, Zinn created sculptural light sconces based on some relief sculptures he had made back in New York. He took sheets of plastic screen-printed on one side with color and cut them into sinuous shapes. Then he stacked the shapes one on top of the other, with the colored side on the back, and used a light bulb to illuminate the fixture from behind. Light bounces color from one plane onto another, creating a mysterious, glowing effect, it’s hard to tell exactly where the color is coming from.

Designing the piece was a cinch compared to bringing it to market. Dennis and Zinn exhibited a prototype at the 2004 International Contemporary Furniture Fairwell before they had worked out the kinks involved in production, packaging, shipping and distribution. “We were gluing and painting the week of the fair,” Dennis recalls. “One was melting on the wall at the show.” They told retailers they could deliver in four to six weeks, four to six months was more like it. Still, they got good press and their first order, from W Hotels.

Today, Zinn assembles the fixtures, which retail for $250 to $400, in a workshop behind blankblank’s office on 17th Street. The partners have created a small network of retailers across the country to sell the sconces and other products. (They also market directly to architects and interior designers, and through their website, blankblank.net.) Here in Sacramento, they sell their designs at Lumens Light + Living and Atmosphere Home (which Dennis opened three years ago with his then-wife, who still owns and runs the shop).

Today, blankblank is starting to attract interest from artists who like Dennis and Zinn’s design-centric approach to the business. “Designers are approaching us now,” says Dennis. Still, the pair have grander plans for their fledgling company: to influence the look of Sacramento as it matures and evolves. “We’re positioned to play a role in that,” says Dennis. “We want to help create the environment, not just sell a product.”