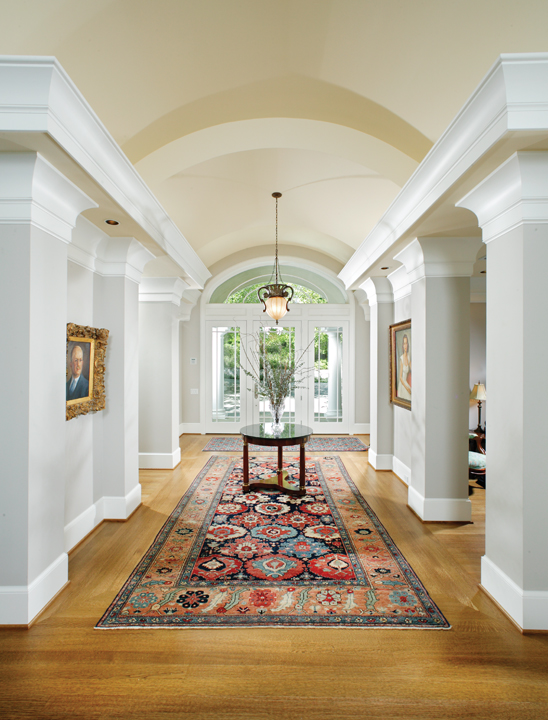 Local architect James Plumb, who died of cancer this past December at age 56, left an indelible mark on the Sacramento region.

He was involved in some notable commercial projects, including the restoration of the historic Julia Morgan House on T Street and the modernization of the old Woodland Daily Democrat building, now home to the Yolo County District Attorney’s office. But Plumb was best known for his residential work. Throughout the course of a 30-year career, he designed hundreds of graceful, livable homes—homes that blend seamlessly into their surroundings and enhance their owners’ lives.

As Home and Garden editor of Sacramento magazine, I interviewed Plumb several times throughout the years, and we became friends. Soft-spoken, gentle and kind, he was passionate about his work. His most important concern was always the people, not the house.

One of his favorite projects was a Shingle-style house in Carmichael that he designed for longtime clients. The couple, who had worked with Plumb on two earlier remodels, bought the house in 2000 and asked the architect to help them rework its cramped floor plan and ungainly exterior.

Plumb thought the house would lend itself to Shingle-style architecture, a late-19th century American form characterized by shingled exteriors, extensive porches and open, light-filled interiors. Shingle houses are popular on the East Coast, especially at seaside resorts such as eastern Long Island and Cape Cod.

For reference, Plumb pointed the couple to Robert A.M. Stern Houses (The Monacelli Press, $110), written by architect Robert A.M. Stern, the country’s pre-eminent practitioner of the Shingle style today. “It was the most expensive book we ever bought,” says the husband, noting that it served as a referee whenever they had to make a design decision—on, for example, whether to locate electrical outlets in the walls or in the baseboard moldings. “We’d ask ourselves, ‘What would Robert do?’ and we’d look in the Stern book.”

The house Plumb designed is loaded with architectural detail. Built on an axis (Plumb loved symmetry), it features an airy central entry bisected by a corridor leading to the kitchen at one end of the home, a master suite at the other.

The entry hall and adjacent living room are distinguished by a series of intricate vaulted ceilings. Crown moldings and trim work are deep and generously proportioned, and ceiling heights vary from room to room for architectural interest.

Plumb designed the house with plenty of windows in the living room, dining room and kitchen to take advantage of the killer views of nearby Ancil Hoffman Park. A large porch stretches across the back of the house, overlooking a bluestone patio, a large fountain, sweeping lawns and an oval-shaped pool.

In the back, Plumb used a stone foundation to ground the two-story house on its sloping lot and classical columns to lend elegance to the design. In the front, a covered breezeway links the house to the garage. The shingles that cover the house are intended to age and weather, giving the house a sense of permanence and history.

The homeowners recall some lively discussions with the architect as they worked out the design. “Jim was great to work with,” the wife says. “Some architects want everything their way. If we wanted something, Jim would say, “‘Let me figure out if that can be done.’”

“It was great working with him,” says the husband. “We got to know him well. He touched a lot of people’s lives.”