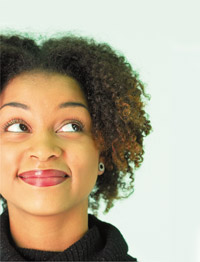 Homeward Bound
The median value of Sacramento homes is $204,230, as
compared to the national median home value of $155,829, according to statistics for the city of Sacramento.

Things Are Getting Crowded
The city of Sacramento’s population was reported as 407,018 in the 2000 U.S. Census.

There are 4,189.2 persons per square mile occupying the city of Sacramento.

We’re MeanSacramento ranks 11th on the list of “Meanest Cities for the Homeless,” says the Bureau of Labor Statistics.

According to a survey conducted by the California State Automobile Association, the Capital City Freeway
takes first place as the Sacramento region’s “rudest” highway. Interstate 80 from Davis to Roseville was second, followed by Highway 99 from Elk Grove to Marysville.

According to the Progressive Review, a public policy research center, Sacramento is the
41st most educated city
in the United States.
Our Teenagers Are Advanced
Since it has been published annually, Newsweek’s “Top U.S. High Schools” consistently ranks area high schools in the top 500 for advanced placement programs: Rio Americano High School (ranked 343), Davis Senior High School (ranked 376), and this year, Mira Loma High School (ranked 212).
We Love Our Animal Companions
When the Purina Pet Institute convened for its Healthy Pets 21 Consortium (a think tank of leaders in the pet health and welfare community) to list the top 50 “Pet Healthiest Cities” (with superior care, services and legislation for pets), Sacramento ranked 15th.
And We’re Dog People
According to the Sacramento Dog Owners Group, Sacramento County is home to about 250,000 dogs in 150,000 dog-owning households, averaging about two dogs per household.

We’re Healthy
According to Men’s Fitness magazine, Sacramento is the 10th fittest city in the country.

On another list compiled by Health Network, with data from the Centers for Disease Control, Sacramento ranks 36th as a generally “well” city.

According to Wyeth Consumer Healthcare, Sacramento is the seventh healthiestcity in the United States, as defined by health care resources and lifestyle options/attitudes.

Biggest Entertainment Draws
According to the Sacramento Convention Center,
in 2003 and 2004:

79,982 people attended events such as the Greek Food Festival, the All-American Tattoo Festival and the Sixth Annual Reptile Show.

We’ve Got Some Problems
According to a 2002 study by the Institute for Social Research
at California State University, Sacramento, traffic is seen as a
big problem by 73 percent of city residents.
Other big problems on the list: affordable housing (47 percent believe it is a big problem), pollution (43 percent feel it’s a big problem), affordable health care (42 percent report concern) and urban sprawl or growth (39 percent say this is a big problem).

20.3 percent of Sacramentans have “foreign-born parents.”
We’re Listening
Sacramento is one of the nation’s top radio markets: By the late ‘90s, Sacramento had become a “top 15 market.” While the radio market was estimated at about 1.7 million in 2005, the number of people who come in contact with Sacramento radio broadcasts is “well into the millions,” according to Arbitron.

E DRIVE
Sacramento tied for 15th place with Detroit, St.Paul, Minn.,
San Jose and San Bernadino for cities having the worse traffic in the country.

According to a report released by the Texas Transportation Institute of Texas A&M, Sacramentans spend 34 hours a year in bumper-to-bumper traffic.

Sacramento is the 10th most
expensive place in
the country to maintain a vehicle. It costs the average driver 5.01 cents per mile (cost per mile maintenance costs based on a typical intermediate-sized vehicle).

We’re Working
The city of Sacramento’s unemployment rate is 3.9 percent, compared to a national average of 4.04 percent.

34.2 percent of the city’s businesses are minority-owned; 32.4 percent are women-owned.
We’re a Runner’s Paradise
Runner’s World magazine ranked Sacramento as the fourth friendliest running city in the country, with the California International Marathon, held here annually, ranking as one of the 10 best marathons in the United States.