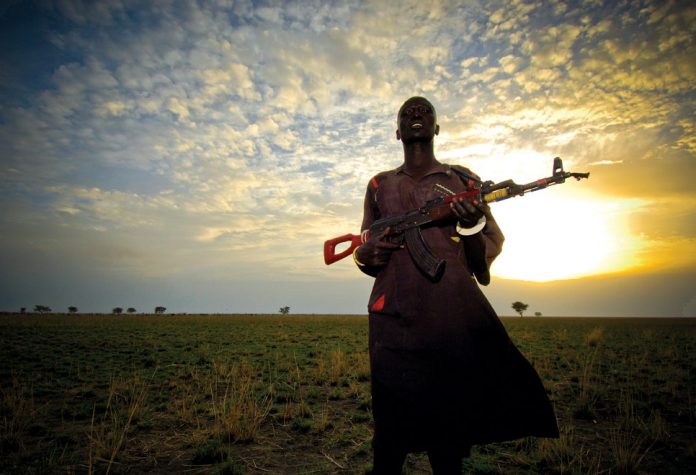 With camera in hand, Folsom resident Micah Albert documents the turmoil in Africa.

As a photojournalist, Micah Albert says his safety is never guaranteed&emdash;in any location. I could die tomorrow walking down a street in San Diego, he says. Albert, 28, makes his relatively safe home with his wife, Lindsey, in Folsom but spends most of his time in turbulent central and East Africa, documenting the strife and poverty of the people amid political unrest, the rebel activity (everywhere from Sudan to Rwanda to Congo), and the raping of the land for an array of natural resources (particularly in Eastern Congo), ranging from cobalt to rubber to diamonds.

A few years ago, Albert worked in an office as a graphic and marketing designer, but he knew he would do something more. A trip to Africa with his church showed him his path: to use photography to show the world the atrocities taking place there.

Today, he freelances for the British Broadcasting Corp., Zuma Press and The Associated Press, producing images of Africa that have been seen throughout the world. I always wanted to go where the story wasn’t being told, says Albert.

In time, Albert and Lindsey plan to move to Eastern Congo and use their skills&emdash;his photographic, hers medical (she’s an RN, working on a master’s in international health care)&emdash;to live a humanitarian life, educating and helping people. My heart goes out to the poor, he says.

Albert recalls one trip to a school in Sudan where the images of poverty assaulted him. The whole experience of being in that environment rocked my world. Little kids were coming up to me. . . . These kids weren’t used to seeing white people and Westerners. They didn’t associate me with money or handouts. These kids just came up to me, full-on naked. They were too poor to even have clothes. At this point, I’d seen poverty, I’d been exposed to it, and [this] was nothing like I’d experienced previously. They were pulling on my leg and in Arabic just stating that they were hungry. They weren’t even asking for anything. They were just saying, â€˜I’m hungry,’ with hunger pangs in their voices.

Albert urges everyone to read about conflicts on the continent. The 2006 movie Blood Diamond only scratches the surface of the horrors happening there. I still haven’t talked out loud about many of the [things] I’ve seen, he says. I can’t even journal some of what I saw because I’m afraid. And yet, he’s not too afraid to ask Sudanese friends to get him past rebel forces to photograph school children or AIDS testing.

The best way I’ve found to communicate is through my camera, says Albert. If I can tell a whole story of an extremely complicated issue with one image, that hooks me.