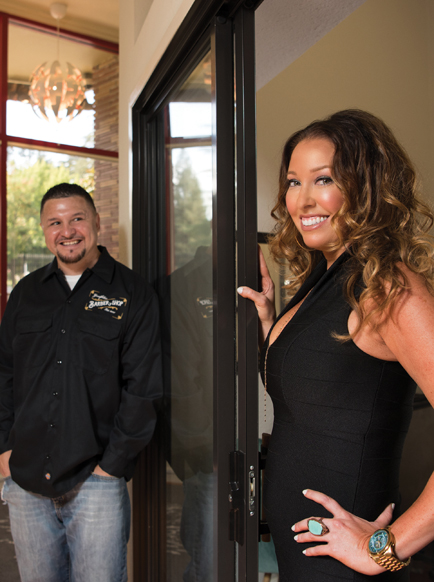 A Sacramento makeup artist recently teamed up with her longtime romantic partner to open adjoining businesses that serve as a one-stop beauty shop of sorts for men and women.

Shana Beals took over a 1,500-square-foot space on Riverside Boulevard in Land Park for her studio, complete with two makeup stations; a spa room for massages, skin treatments and lash extensions; and a room for permanent-makeup application and microblading. Meanwhile, in a smaller space next door, her barber boyfriend, Sam Rojas, opened a two-chair barbershop called Goodfellas, offering men’s shaves and haircuts.

Beals specializes in wedding makeup and editorial work for magazines and television. Rojas describes himself as an “old-school barber” who can cut any kind of hair. “If you’ve got hair on your head, I’ve cut it before,” he says.