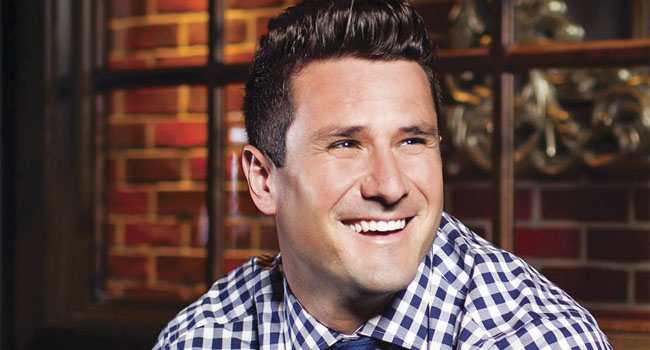 At 33, Trevor Shults is poised to reign over a new nightlife empire in the capital city. The Jesuit High graduate already is the owner of Pour House, Barwest, Social Nightclub and the new Vanguard lounge, and he heads up operations for Assembly nightclub. We recently talked with Shults about how he got his start and his endless pursuit of fresh concepts to bring to Sacramento’s ever-expanding bar scene.

EX-PAT EXTROVERT
Born in Mountain View, Shults lived overseas for the first 13 years of his life—an experience that inadvertently prepared him for a career built around people having a good time. “We moved about every three years, so I always had to find new friends. I think it probably honed a skill that I wasn’t aware of at the time. It was the situation I was put into and had to do, but I truly enjoy meeting new people and finding something we might have in common.

FOOT IN THE DOOR
At age 19, Shults worked security on the dance floor at The Classic Jukebox in Roseville. “That’s kind of where I got my first taste of nightlife. It was fun, a lot of good energy. When people go out to clubs or bars, typically it’s not because they’re in a bad mood. They’re going out to have a great time.

AN EDUCATION
As a college student, Shults tended bar and did promotions under the tutelage of some of Sacramento’s leading restaurateurs and club owners: Peter Torza, Fred and Matt Haines, Randy Paragary and Bob Simpson. “Peter has such an innovative mind. From him, I learned creativity. From the Haines brothers, I learned a lot about food costs. From Randy, I learned all the ins and outs of the business, marketing, everything. And Bob taught me that the nightclub industry is always changing and you have to move forward with it.

NEIGHBOR RELATIONS
Shults has come under fire from neighbors complaining about noise and other nuisances, particularly outside of midtown’s Barwest. “There are a lot of demands with running multiple businesses, especially nightlife businesses. I do my best to get it right. Sometimes I do, sometimes I don’t. I pay attention to my noise monitoring. I ask my patrons to be quiet when going back to their cars. I operate under the city codes the best that I can. I understand the concerns of the neighbors. I just try my best to make sure I can meet everybody halfway.

TRENDSPOTTING
He’s always searching for the next big thing to bring to the local nightclub scene. “I spend a lot of time following trends on social media. I read a lot of magazines and look at online publications. And I try to make at least two trips a year to trendsetting markets and see what’s being offered. If I see something that catches my eye that I see lacking in Sacramento, I’ll file it away on my computer, and if the opportunity arises, I follow up on it.