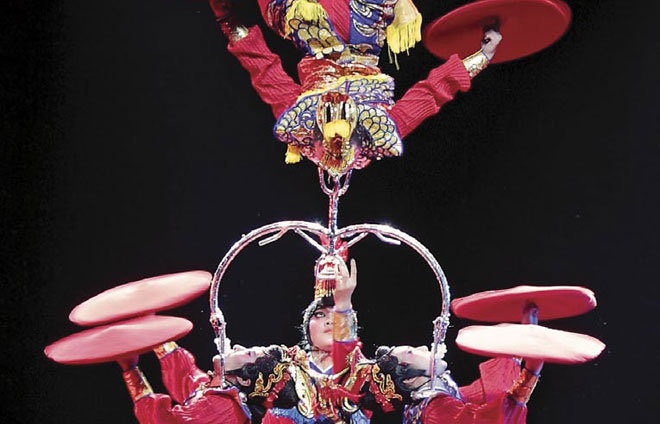 The National Circus and Acrobats of the People’s Republic of China, a troupe whose innovative performances have revolutionized the circus world, will bring the gravity-defying act “Peking Dreams” to Folsom’s Harris Center Sept. 18–20.

Pioneers of the “nonanimal circus,” which the famed Cirque du Soleil expanded on and brought to the mainstream, The National Circus and Acrobats has been thrilling audiences for more than 50 years with elaborate, colorful costumes, intricate sets and famed acts like The Great Teeterboard, Balancing Chairs, Straw Hat Juggling and Chinese Poles—all performed on a massive scale with astounding precision.

The two-hour show packs in centuries of Chinese history through storytelling, culminating in an awe-inspiring (and family-friendly) production. It incorporates some of the most beautiful aspects of Asian culture, such as the rich history of the capital city of Beijing (formerly known as Peking), which is perhaps why the troupe was chosen to perform at the 2008 Beijing Olympic Art Festival.