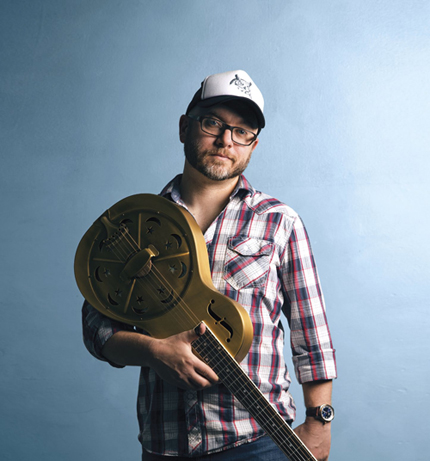 “FOLLOW YOUR HEART” is an apt title for Ross Hammond’s newest album, as that’s what the local guitarist has been doing, apparently, all of his life. Reflecting back—he hits the big 4-0 in August—Hammond shares that he started playing guitar at age 12, on the heels of moving to Sacramento from Kentucky, and has been a full-time working musician since he was 22. Though he’s played all around the United States and beyond, Hammond says he loves Sacramento because “I can make a living doing what I do. Sacramento is an artist-friendly place to live.” Hammond made Sacramento more artist-friendly in 2014 when he started Gold Lion Arts, an artists’ collective, in Land Park. “It’s basically for musicians; I think seven are in there now. It’s a bunch of folks who are like-minded, sharing space. You might call it an ‘arts advancement’ place.” Meanwhile, Hammond is growing artistically as well, taking his solo acoustic instrumentals beyond jazz into what he describes as “roots music with an Appalachian/folk vibe.” (Don’t forget, he’s from Kentucky.) Also an influence: His daughter, Lola, who turns 7 this month. “Ever since she was born,” says Hammond, “she’s been a nonstop kind of muse.” You can catch Hammond Saturday mornings at Old Soul (alley location) and on Wednesday nights at Kupros. For other dates and more information, visit rosshammond.com.